Elon Musk Not Who You Want To Emulate, Writer Says 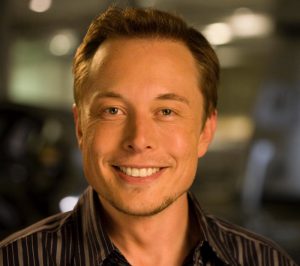 Elon Musk is the guy people often think about when the word “success” comes up, but a new piece at Inc from contributor Matthew Jones argues that the Tesla/SpaceX founder and serial entrepreneur isn’t someone you want to be emulating.

In fact, Jones argues, the same is true of many of the top people in their fields. And we have to admit, he has a point.

To understand what that point is in full, it is necessary to examine the core of Jones’ argument.

“Many people try to replicate other people’s work habits, but quickly discover that these practices fail to lead lead them to the world of abundance they desire,” Jones writes. “If living a productive and successful life were as easy as copying someone else’s work, each of the kids in your high school classroom would have been just as successful as the brilliant person whose homework they copied.”

Jones argues that the “one reason” copying Elon Musk won’t work for you is because his ways are customized to his personality and profile. In other words, he knows who he is and what works best for him; but you are not him, and he is not you.

That’s not to say he’s better than you are. After all, money is not the only indicator of success. (Thankfully.) It is just to say that successful people get that way by being attuned to who they are and how they work best. Instead of trying to become like Elon Musk, here are some suggestions for becoming like you, but only in your best possible version.

1. Understand how you prefer to spend time.

You have a two-hour block of free time. What would you rather be doing than the things you “have” to do?

Are you a reader? If so, what types of material command the most Eye Time? Fiction, non-fiction, how-tos?

Let’s say it’s fiction. What types of books do you like to read? There may be something practical you can monetize there.

Ready Player One is a highly anticipated film set for release in March 30, 2018, and it is based on the bestselling Ernest Cline novel. The low-hanging fruit here would be that you want to write fiction. Well, not necessarily.

That book celebrates pop culture and MMO gaming. Spend some time peeling the onions a little more. Maybe your choice of fiction is because you enjoy playing video games, which lean heavily on coding.

From that skillset, you could end up finding a practical, well-paying career.

What does this have to do with the Elon Musk piece? This: get to know yourself before you invest in totally knocking off someone else’s practices.

2. Explore a variety of other sources (other than Elon Musk).

Idolizing individual people is never a good idea, nor a means to finding success on your own. That’s because people are imperfect and make lots of mistakes.

Most will even admit to their mistakes, President Trump notwithstanding. That’s because no one is born with a clear understanding of who they are and who they will turn out to be.

You live and learn from your mistakes, and you usually get to clarity through a multitude of sources.

Elon Musk is not a carbon copy of whomever he idolized growing up. He is a hodgepodge of the successes and failures from a variety of influences, synthesized through the understanding of what makes him personally unique.

Translation: you’re going to encounter a number of people, places, and things in life that have a profound influence over who you are and who you will become.

Merely picking one of those nouns and excluding the rest from the human experience will result in a person who falls far short of his or her full potential.

As Jones sums up, “The most important part of personal and professional growth isn’t trying to copy someone else’s habits, it’s taking meaningful actions towards your goals. In time, these new actions will become engrained practices that will lead you to success of your own. … There’s no need to copy Elon Musk’s work habits. You simply need to invest in yourself and construct a customized and individualized plan to maximize your unique gifts.”

The investment Jones speaks of, over the course of your life, will consist of time, money, and engagement. Make sure you’re ready to contribute all three and not simply throw all of your eggs into one basket. Good luck!