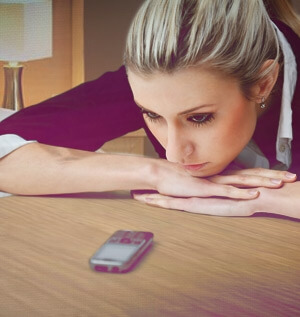 It may seem like a no-brainer to shut down emails and texts while studying, but it’s still extremely difficult for students to do. Why? Is it the buzz the phone makes when a new message comes in — because let’s face it, you have to keep it on silent in order to not get caught during class? Is it the notification that pops up on your mail client whenever a new message arrives?

As a people, we have an incessant need to know what’s going on at all times. No piece of news is too small. Perhaps it comes from growing up in a digital age. We just hate the idea that the rest of the world knows what’s going on before we do. That’s why we constantly share things on Facebook or Twitter in hopes of sparking interest and being considered “the cool kid.”

That feeling doesn’t quite go away either, the older you get. Still, it’s one that you should learn to take care of right away if you hope to make the most of your study time.

Tim Ferriss, author of the famous bible on productivity The 4-Hour Workweek, strongly encourages an email policy of twice per day, and nothing before noon, adding that you should give yourself time to be productive and take care of the important things.

“E-mail (and all of its Crackberry/digital leash/Twitter cousins) is the largest single interruption in modern life. In a digital world, creating time therefore hinges on minimizing e-mail. The fastest method I’ve found for controlling the e-mail impulse is to set up an autoresponder that indicates you will be checking e-mail twice per day or less. This is an example of “batching” tasks (performing like tasks at set times, between which you let them accumulate), and your success with batching will depend on two factors:

The advice is something you should consider applying to texting as well. Here’s why:

To get the most out of your study time, you need a block of uninterrupted time where your mind can focus on internalizing difficult concepts and the voluminous information requirements that go along with passing an exam, be it a calculus test or one for professional teaching licensure. The problem with answering both emails and texts are that they cause a quick lapse in concentration. You tell yourself, “I’ll get back to studying as soon as I answer this message.” Unfortunately, you’ve ruined the flow, and encouraged the author of the original message to continue emailing or texting at inopportune times. And that leads us to No. 2…

They Lead To More Emails And More Texts.

Emails and texts are so harmful to your productivity because they often take on the form of an actual conversation where there is a lot of quick give-and-take. Now imagine yourself in a study situation. You hear your phone buzz. You pick it up, read what’s written, and then send back a quick response. You then set the phone down, and a full minute hasn’t passed before the person on the other end is texting you again. These situations glut themselves on your study time, and they go on and on and on. And the longer they go, the more difficult it is to get out of them without appearing curt or rude.

You Spend Your Creativity And Enthusiasm In The Wrong Places.

To study effectively, you need to be able to read attentively and jot notes. Reading and writing. But as with listening, you can only be at your best for so long before your mind starts to wander and you get hung up on other things. If you’re sitting down to study for a block of 40 minutes, and you’re constantly cutting away to read what the other person is saying and write them back, then you’re expending your energy, creativity, and enthusiasm on the wrong thing.

Shorthand Can Creep In To Your Studies.

The level of focus that your brain needs when you are studying, is substantial. When you’re constantly dividing that focus between your responsibilities and your cellphone or inbox, you’re essentially tearing down the dividing wall that enables you to make the most of your productivity. As a result, little things start to happen like bringing shorthand language — “u” for “you,” “ur” for “your” or “you’re” — into your studies. That may not be a big deal if you’re just jotting notes, but God help you if you’re penning that “Why I Belong At Stanford” essay for the admissions office.

They Lead To Other Distractions.

It physically shames me to admit how many times I’ve sat down to work and thought, “I’ll just check my email really fast,” only to be led on a six-degrees-of-Kevin Bacon journey through my favorite Internet sites. One reason to pause can lead to 40 more that keep you from being productive and doing what you’re supposed to be doing. Emails and texts are some of the biggest catalysts of this, and they need to be stopped before doing irreparable damage to your day. Some suggest that you should go to a place where you have no access to the Internet. These same people will probably advise that you put your phone on Airplane Mode. And we tend to agree.

Answering emails and texts may seem like a trivial thing to target for criticism, but we wouldn’t be harping on them if we hadn’t been there ourselves. Just remember: nothing life-or-death that actually applies to you, is going to be revealed in either mode of communication. For the really important stuff, people call. If it’s really, really important, they leave a message when you don’t answer. If you get a voice-mail, then feel free to check and see what it says. Chances are, it will be something like, “Hey just seeing what you were up to.” If it’s some critical piece of life-and-death information, then and only then should you stop what you’re doing.