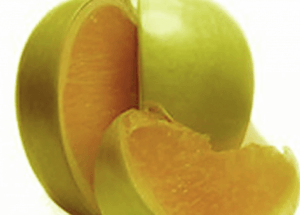 The Freakonomics team of Steven D. Levitt and Stephen J. Dubner will be the first to tell you that they are not always the bearers of good news. They have a way of thinking that is almost irritatingly logical (unless you’re a fan of logic yourself). Recently, they set their sights on the struggles of the U.S. education system, and boy did they ever do a number on how we’re handling things. Here is an excerpt from their book Think Like a Freak, Chapter 3, entitled, “What’s Your Problem?” (2014 print edition, pages 50 and 51).

“Let’s consider this a bit more closely. In the U.S. push for education reform, theories abound as to the key factors: school size, class size, administrative stability, money for technology, and, yes, teacher skill. It is demonstrably true that a good teacher is better than a bad teacher, and it is also true that overall teacher quality has fallen since your grandmother’s day, in part because smart women now have so many more job options. Furthermore, in some countries — Finland and Singapore and South Korea, for instance — future schoolteachers are recruited from the best college-bound students, whereas a teacher in the United States is more likely to come from the bottom half of her class. So perhaps it makes sense that every conversation about school reform should focus on teacher skill.

“But a mountain of recent evidence suggests that teacher skill has less influence on a student’s performance than a completely different set of factors: namely, how much kids have learned from their parents, how hard they work at home, and whether the parents have instilled an appetite for education. If these home-based inputs are lacking, there is only so much a school can do. Schools have your kid for only seven hours a day, 180 days a year, or about 22 percent of the child’s waking hours. Nor is all that time devoted to learning, once you account for socializing and eating and getting to and from class. And for many kids, the first three or four years of life is all parents and no school.

“But when serious people talk about education reform, they rarely talk about the family’s role in preparing children to succeed. That is in part because the very words “education reform” indicate that the question is “What’s wrong with our schools?” when in reality, the question might be better phrased as “Why do American kids know less than kids from Estonia and Poland?” When you ask the question differently, you look for answers in different places.

“So maybe, when we talk about why American kids aren’t doing so well, we should be talking less about schools and more about parents.

“In our society, if someone wants to be a hairstylist or a kick boxer or a hunting guide — or a schoolteacher — he or she must be trained and licensed by a state agency. No such requirement is necessary for parenthood. Anyone with a set of reproductive organs is free to create a child, no questions asked, and raise them as they see fit, so long as there are no visible bruises — and then turn that child over to the school system so the teachers can work their magic. Maybe we are asking too much of the schools and too little of our parents and kids?”

While this section clearly concerns itself with how politicians, parents, and reformers, consistently “gets it wrong” when it comes to how the U.S. education system operates, there is also a lesson in it for any student or worker looking to solve a problem.

You must first know the question before you can develop the right answer. So how do you do that?

As the Freakonomics guys like to point out, your moral compass can be the biggest thing that stops you from solving a problem. That’s because you look at the situation with the blinders on, refusing to accept as the problem anything that might challenge your beliefs structure.

Secondly, learn to say the words, ‘I don’t know.’

The book calls “I don’t know” the three most important words in the English language. Why so important? Because people would rather be wrong and try to solve a problem anyway when they have no clue of how to go about it. Instead of putting in the time and research to find out what it is they don’t know, they plow forward, dumb as rocks.

Thirdly, look at a problem from every angle.

Levitt and Dubner have given us the best example of this in the above excerpt. If you start looking at the data surrounding the education problem, then it’s pretty clear that all the great teachers in the world aren’t going to make much difference when you factor in how little time they spend and control they have over a student’s educational experience. Parents are the number one drivers of a quality education, but from the way that legislators continually pressure teachers, it seems like they haven’t approached this issue from every angle.