College Preparation Vs. Aspiration: Why So Many Students Aren’t Ready 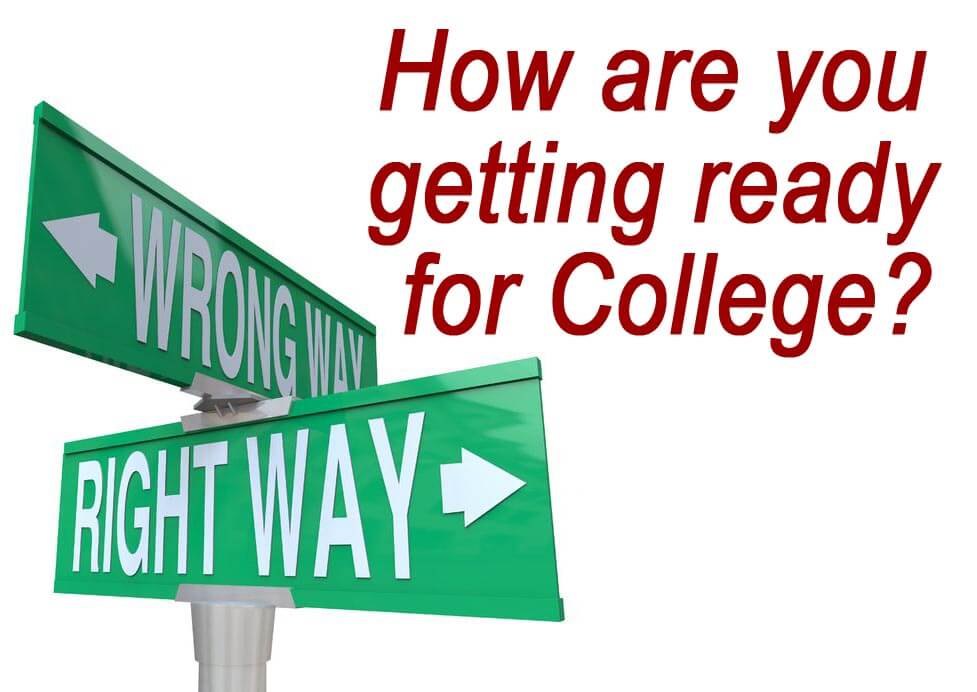 Statistics involving college preparation are not pretty. Depending on where you go, you’ll read that as many as 60 percent (or more) of high school students are not ready for college. Statistics would seem to validate such beliefs, as presented here by James E. Rosenbaum in his paper, “It’s Time To Tell The Kids: If You Don’t Do Well In High School, You Won’t Do Well In College (Or On The Job).”

Rosenbaum, author of Beyond College for All, points out:

“Seventy-one percent of the class of 1982 planned to get a college degree. Ten years later, 63.9 percent of those with A averages had attained an A.A. degree or higher, but only 13.9 percent of those with C averages (or lower) had done so (Rosenbaum, 1998, 2001). (In a more recent cohort [the class of 1992], students with C averages or lower fared a little better; 20.9 percent attained an A.A. degree or higher within eight years of graduating from high school [Rosenbaum and Gordon-McKeon, 2003]). As of 1992, 84 percent of high school seniors planned to get a college degree (NELS, 1992); but data from the high school classes of 1972, 1982, and 1992 tell us that only 45 to 49 percent of students who enter college and earn more than 10 credits actually earn a bachelor’s degree — many even fail to earn 10 credits … For students with high school averages of C or lower, the chances that they will earn even one college credit are less than 50-50 (Rosenbaum, 2001).”

Those statistics were from 10 years ago, but are they highlight a problem that still exists today. And that problem: high schools are not doing enough to prepare students for productive roles in society.

One particular piece of evidence that it’s getting worse, is this statistic from DoSomething.org: the U.S., once considered among the highest graduation rates in the world out of 27 developed countries, is now ranked at No. 22.

EducationSector.org recently took a look at the problem of aspirations versus actual results as related to high school students intending to go to college. What they found was disturbing to say the least.

81.9 percent of high school sophomores intend to go to college.

More than four out of five students start high school ready to rock. They see themselves going to college, and that aspiration indicates they have faith that high schools will ensure they have the tools necessary to make it. Aspirations are a good thing, but how does it translate to results? Let’s look at the next data.

Okay, so a 4.6 percent drop. Not bad. It’s understandable that some kids will find they’re not interested in (or capable of) attending college. Nothing to worry about, right? Actually:

This is terrible news. Of the 77.3 percent of people who are graduating high school and moving on to a college run, 26.6 percent are not taking the classes that, by definition, should be getting them ready for their college years. Yet they’re allowed to go forward anyway. See the problem with that? But wait, it gets worse.

The last statistic was just entering the program. It means nothing in terms of actually completing it. The students that managed to do that totaled 46.3 percent less than the number who end up getting accepted into a college.

Last one: of the students who manage to successfully complete college preparation, less than half are majoring in the job-rich fields of math and science. As more attention is paid to the building of infrastructure and the enhancement of technology, these fields are where most of the new jobs will be created. And again, LESS THAN HALF of the people who are actually, in theory, “prepared for college” are specializing in those fields.

With these findings in mind, we return to the question posed in the headline of this article: are high schools actually preparing students for college and the world at large?

Going strictly by this data, I would have to say no. So what can actually be done to change this?

Place more of the educational burden on parents instead of teachers

According to a report from the New York Times, all-Mandarin schools are outclassing public education at every turn. And most of it is because parents take a more active role in their children’s education.

The schools, referred to as “immersive schools” are able to create students who function better in society in spite of the fact that they’re learning primarily in a non-native language.

“Parents who choose immersion are often well educated themselves, and are highly committed to the school’s goals, including nightly homework,” the Times report states.

Imagine that. Parents who have the children actually take responsibility for them and try to model the importance of an education in the home. How many students come to teachers from homes like this? Not many. Instead parents and politicians alike feel it’s the teacher’s job to handle all the child’s learning while foisting discipline and babysitting duties on them as well.

It’s pretty simple. If a student isn’t ready for college, then why are they being allowed to go? There is no burden placed on colleges to bring these students up to speed on info they should have learned in high school. It’s largely sink or swim, and that’s a good thing.

By allowing students to taste failure early, there is still time for them to grow up and learn the importance of working hard and staying motivated before investing thousands in a college education they will never fully attain.

Currently, that isn’t the system.

When a high school teacher fails a student, they pretty much go on trial for their actions. They have the burden of proof in spite of the fact Johnny didn’t turn in a single homework assignment.

“Well look at all these zeroes that he has,” doesn’t work. It then becomes, “Well why didn’t you make contact with the parents?” To this, the answer, “I left several messages and never received a response,” doesn’t work even though that is so often what happens. It instead becomes, “We can’t let you fail him because you didn’t conference with Mom or Dad.”

How do you do that, when so often, Mom and Dad don’t want to be found? No wonder teachers throw up their hands and pass so many students who aren’t ready.

Parents and politicians may think they’re trying to improve the education system by protecting students from failure, but in reality they are setting an entire generation — and future generations — up to fail. With that, they’re setting the country up to fail. Until the burden of responsibility is shifted, American education will continue to decline.