How to Cut Study Time Without Losing Ground 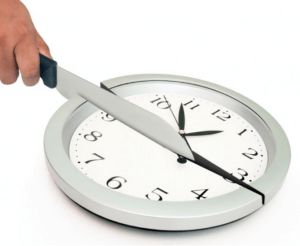 The ever-present desire to cut study time is as old as the public education system itself. Ever since human beings began forcing themselves to get out of bed three hours too soon five days a week, so they could go sit in a classroom, students have been trying desperately to find ways of getting by without giving up their personal lives or the things they would rather be doing. Thankfully, technology has helped immensely as has our growing knowledge of how the human brain works (i.e. psychology, attention spans, etc.). To help you win more of your life back without losing ground, we’ve put together a quick list of tips. Let’s get started.

When you think about momentum, you probably think about riding your bike up a hill or your favorite team coming from behind to win the game. Both require a great deal of physical momentum to happen. But momentum is also essential to the learning process, and it can really help you get a handle on things when you have a ton of studying to do and not enough time to do it.

As Richard Glenn writes in his book 19 High-Impact Study Tips, “If you’ve got five different assignments due for five different classes, it’s very easy to get paralyzed with fear because it just seems impossible that any of it will ever get done. You look at your pile of homework, and you just see hours and hours of toil ahead of you. Then you shut down. You put it off. And you end up scrambling and crying at the last minute, turning in C+ work.”

This describes the situation perfectly, and Glenn also has ideas for how you can overcome it. You do so by starting with the easiest stuff first to gain a psychological edge. (He refers to it as the “snowball method.”) You gain momentum by accomplishing a few easy tasks first; you see the progress you’ve made in a short amount of time; you feel inspired enough to rise to the challenges ahead.

Habit isn’t necessarily sexy, but it’s highly effective in making progress with your studies. Most entrepreneurs, for example, advise you to try something for 30 consecutive days before giving up on it. Usually what happens is, you keep doing it and habit starts to take form. Pretty soon you no longer have to think about getting ready to study. You just go crack open the books and get busy.

The word “habit” or “habitual” is very good in this connotation because it means you have a compulsion to take part in a healthy behavior. Rather than being associated with drugs and alcohol and smoking, here it means that you’re giving yourself over to studying and allowing it to overtake you. The best way to become habitual in this sense is to simply set aside a block of time on your calendar. Let’s say there are six weeks until your test day. Resolve to not let a single day go by without studying for at least an hour. What you’ll find, as the habit starts to form, is that one hour can become an hour and five minutes. An hour-and-five can become an hour-and-10. An hour-and-10 can become an hour and a half, and so on.

Use study ‘bursts’ to get more out of your time

For this tip, we go back to Glenn, who advises that you ditch the concept of studying long hours and instead resolve to study very intensely in “short bursts.” The suggestion makes sense if you’ve ever been in to fitness. Intense physical activity for as little as 30 minutes per day can yield huge dividends to your overall bodily health. You don’t exercise for three straight hours — no breaks — do you?

“Studying tired won’t put anyone’s life in danger, but it’s effectively the same thing,” Glenn explains. “If you’re tired and bored, you can bet that your studying isn’t going to be nearly as effective. … So, when you study, aim for short, powerful bursts. Do whatever works for you, but you can make these super short if you like. A study session as short as 5 minutes can be incredibly productive if it’s well-organized and efficient.”

Similar to tip number two, you’ll probably find as you study for these short bursts that, over time, habit will start to form, and it will be easier to go just a few minutes longer than you did before. And so on and so on and so on until finally you’re seeing exponential productivity.

This bit of advice will likely go against everything that you’ve ever heard when it comes to studying, but it works great as a preparation and prioritization strategy. This one comes from the entrepreneurial world, but can still be easily adapted for the classroom. Think of every single thing that you think you HAVE to do when prepping for that next test. What are the essentials that will require your full, undivided attention? What are some things that you can put off until later without irreparably damaging your prospects? What are some things that perhaps you’ll need to seek help for elsewhere? Now, how much time do you have set aside to accomplish all three of these tasks?

Once you have answers, you’ll find that it’s easy to delay the non-critical things until the 11th Hour. In the meantime, you can rest easier knowing that the things absolutely within your control will get your full, undivided attention. What you’re essentially doing with this, is procrastinating on purpose. Putting off what you can, delegating what you can, and finally taking the rest on yourself.

Listen to this if you still need help on how this concept works.

Everyone has the same amount of time in life. It’s what we do with it that makes the biggest difference. If you want to get more out of your studies and cut study time in half, then consider employing the strategies in this post. What are some techniques that you’ve found to be the most helpful?