How To Get In To Stanford 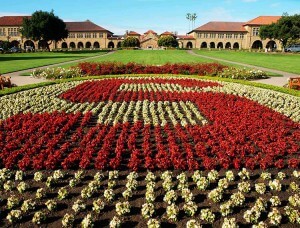 Competitive advantages aren’t just helpful for landing a business investor or getting a bank to grant you a loan. They’re also necessary for ambitious students who are trying to get in to Stanford University or some other highly selective school. Recently, the question was raised over at Quora: “What were some of the major factors that helped you get in to Stanford?” A plethora of responses followed featuring both current students and alumni. The “insider take” may surprise you, and is well worth a read. Here’s what we learned from it:

One commenter (wisely) recommends that you pick up the book The Gatekeepers by Jacques Steinberg, an education reporter for the New York Times, who was given an opportunity to observe the admissions process at prestigious Wesleyan University.

The book synopsis: “Over the course of nearly a year, Steinberg accompanied admissions officer Ralph Figueroa on a tour to assess and recruit the most promising students in the country. The Gatekeepers follows a diverse group of prospective students as they compete for places in the nation’s most elite colleges. The first book to reveal the college admission process in such behind-the-scenes detail, The Gatekeepers will be required reading for every parent of a high school-age child and for every student facing the arduous and anxious task of applying to college.”

While the book details experiences that occurred in the fall of 1999, much of what it has to say is still relevant today, as George Anders, author of The Rare Find, points out: “Nothing is guaranteed to get you in. Lots of oddball approaches occasionally pay off. If one admissions officer decides you’re an amazing candidate — for whatever reason — you’ve got a better shot than if no one can fall in love with your application. Classic formulas do maybe 70% of the sorting, but the last 30% is all from the heart.”

While many of the graduates on the Quora discussion board will downplay the importance of grades and test scores, the Common Data Set (CDS) for 2012 and 2013 at Stanford indicates it is still important to do the best you can. To give you an idea of how the most recent students are scoring, the CDS reveals that between 95 and 96 percent of Stanford students scored between a 600 and 800 on the SAT (between 69 and 76 percent of those were in the 700 to 800 range); and between 83 and 87 percent of students scored in the 30-36 range on the ACT.

On the GPA front, more than 92 percent of students had a 3.75 grad-point average or higher.

So it’s important to emphasize: how you perform in high school MATTERS. But so does something else:

As one anonymous Quora commenter noted: “Believe it or not, the tried and true process of getting good grades, doing fairly well on standardized tests, and being active in your community does work. I know because it worked for me.”

What made the difference?

“I would say undoubtedly my application essay. I spent ungodly amounts of time poring over it and reviewing it with teachers to make sure my enthusiasm and passion showed.

“I wasn’t involved in any breakthrough research, or any research at all for that matter. I didn’t found any clubs, organizations, or hold any groundbreaking conferences or seminars. A typical high schooler in almost every way.”

It’s important to emphasize what this commenter said about his essay before moving on to the next point. Passion. You need passion, and frankly, it’s hard to have it for a bunch of darkened ovals on a scantron or a boringly structured series of classes you can’t wait to leave.

One current Stanford student, Avi Bagla, used his love of Halloween to impress admissions. “Building my own halloween costume from scratch. I wrote about it in my vitality essay. The counselor noted that it was an interesting way to display knowledge. (I built a deadmau5 costume from scratch for Halloween.)

Last but not least — and this is an extension of what Avi did — you need:

Grades and test scores may be somewhat important to getting in to Stanford, but before you pour everything in to study time, remember the words of commenter Christopher VanLang: “Stanford is a school filled with salutatorians who decided not to be the valedictorians.”

In other words, you need a “special sauce” that goes beyond the basics if you plan to make it into this or any other illustrious school. That doesn’t discount the importance of test scores and GPA, but it does serve as a sobering reminder to follow the advice of cognitive scientist and Stanford alum Gabriel Recchia.

“This may paint a bleak picture, but most people I knew at Stanford weren’t valedictorians with perfect GPAs. However, nearly all of them had taken the initiative to do something  unique and impressive, sometimes as part of participation in an extracurricular but often completely on their own.”

Recchia explained: “One guy built robots that participated in national competitions. Another wrote his own computer games. Another had started a local nonprofit. Stanford hopes that their students will ultimately make names for themselves in the wider world, and the initiative to go do something that matters on one’s own is a good indicator. Importantly, almost no one I met did whatever they did simply to have an edge on college applications — it was part of who they were, and their drive to do it came out of a personal passion.”

The road to Stanford is paved with good intentions that too often take the form of studying for tests and trying to convince your teacher to bump that high B up to an A. But before you lose sight of what admissions counselors are really looking for, you MUST get to know yourself.

What is it that makes you tick?

Stanford students and alumni mostly got to where they are/were because they didn’t behave like “normal” high school students. (At least, “normal” in the sense that the American education system is falling behind.) No, they had a clear picture of the things that made them passionate. While they may have enjoyed sleeping in, they didn’t crash out in front of a video game console any time there was a free moment.

(That’s not to say video games are bad. Remember the above example of the guy who developed his own computer games? The point is: he quit being a casual gamer and became a DOER.)

The key is to find balance between your studies and your passion.