Jennifer Lawrence Had A Five-Year Plan And Backup: So Should You 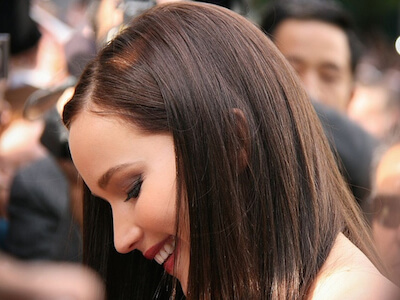 Jennifer Lawrence, in a recent interview, revealed that she had a “five-year plan” when it came to her acting, and that if things didn’t happen in that time period, she would go to her backup. For the star of The Hunger Games, the five-year plan was to hustle for acting jobs and go all-in. If nothing had happened at the end of that period, she would move on to her next dream — nursing school.

Lawrence cited her family history with caregiving and childhood experience playing “assistant nurse” at a camp that her parents ran when she was a kid.

What is particularly striking about this reveal is how level-headed and goal-oriented it seems for someone so famous.

When teaching, I would often run in to knuckleheads, who thought they would be the next Peyton Manning (even though they didn’t play quarterback), and that they “didn’t need to study” because they were going to “play in the NFL.”

It was a dream that persisted so strongly that I finally had to give these kids a healthy dose of reality in my classroom.

“Every year, about 214 players are drafted into the NFL,” I would say. “Among those competing for the positions, you have about 128 NCAA Division I football teams, each with anywhere from 60 to 80 on the dress-out roster. That’s anywhere from 7,000 to 10,000 players, who are good enough at the Division I level to dress out, vying for those 214 positions. Additionally, each year, you have some Division II or III players, who manage to beat the odds and find their way onto an NFL team. And those are just the noobs you’re competing against. You’ve also got to slug it out with seasoned pros, who are fighting to keep their place on the limited roster.”

Once I broke the numbers down, you could see a light bulb go off in the heads of these kids — the smart ones anyway — and they’d realize that even if they were the best player on the team, it probably wouldn’t hurt to get an education, (precisely the response I was hoping for).

I didn’t want to discourage these kids from pursuing their NFL dreams, but 214 slots in the draft — with not a one of those picked guaranteed to make the team — and a limited number of available positions on 32 teams necessitated that I get my students in touch with the real world while there was still time for them to make something of themselves.

Like Jennifer Lawrence, these kids needed a five-year plan and a backup. If you’ve yet to put together yours, here’s why you should start today:

One: Training And Experience Matter.

The global marketplace is more competitive than ever. You’re not just competing against fellow graduates or those who live in your immediate vicinity. You’re competing against people in India, England, China, and Japan. The more training and experience you can amass, the better. And unfortunately, this training and experience takes time — time that you may be wasting by not adequately preparing for the future.

Two: Planning Can Set The Stage.

A five-year plan doesn’t have to be five years. It can be three or four or six. Five-year plan is used to get you thinking about a timeframe and all the goals that you will have to accomplish along the way to arrive at your desired destination. The major problem you’re left to contend with, is that you may not be “all-in” with your plan when you start putting it together. But the simple act of mobilizing can help you set the stage for where you’re really going in life, which brings up another point about five-year plans: they can and should change as you go along and learn more.

Three: You Need Time To Adjust.

Going back to the end of number two, you need time to have the freedom to adjust your expectations. By starting your plan now, you can see how it might transform along the way, edging you toward new directions and realities. This helps you to avoid locking yourself in to something that you’re not really passionate about.

Four: It Can Help You Find A Viable Backup.

Life is hard. Student loans are unforgiving. Competition is fierce. Putting all of your proverbial eggs into one basket sets you up for failure and discouragement. By starting your plan now, you can not only work towards a goal and forge your passion, you can also open your eyes to other possibilities and determine other paths that your life might take along the way. Like Jennifer Lawrence, you need a backup plan to your five-year plan. How should it differ? Well, for starters, it should be concrete and attainable. Lawrence knew that she could get in to a nursing school if her acting dreams failed. All she would have to do is apply at a state school, get good grades, and take an entrance exam. She could presumably keep trying however long it took, and once admitted, she would be well on her way to completing her training and exiting university for a lucrative and in-demand job market. Her first dream was a bit more unrealistic — establishing a career as an actress — but she was passionate enough to pursue it. Still, she never lost sight of the fact that failure was a possibility, and that if she did fail, she would need a means of support.

Not everyone will find success in their first endeavor. Actually, few do. But that doesn’t mean success will elude you, provided that you create a plan and an alternative. Like Jennifer Lawrence, you should temper your dreams with a heavy dose of reality. Don’t buy into the lie that you are the most special person who ever lived and that the world will reshape itself to your whims and desires. Too many parents today treat their kids in such a manner and do them a disservice. Dream big, but be realistic, always.