What Are Education’s Greatest Challenges? 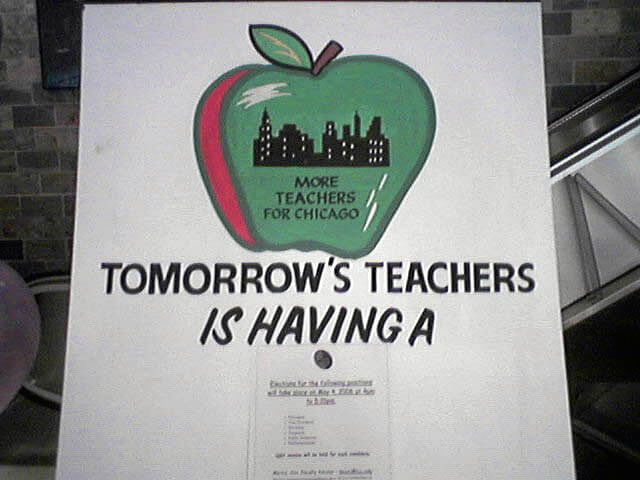 Recently, NPR asked the question of its social media followers, What are education’s greatest challenges now and in the future? The question triggered numerous responses on Facebook and Twitter, and in a recent post, the website shared some of the best ones. We wanted to take a look at a few of our favorites here, examine whether there is any validity to the fears, and share some of our own. Let’s get started!

Samantha Page (Twitter handle: @samanthadpage) said she believed parents to be one of education’s greatest challenges, and it’s hard not to agree. For starters, teachers generally have students for one or two hours per day, 180 days out of the year. You can go on and on about how teachers need to do more to reach kids and impart a quality education to them, but if those same kids aren’t getting any reinforcement at home, from the people who see them 365 days out of the year, then it’s hard to make any progress. As a result, the success stories often become exceptions to the rule.

In my life as a student and, later, an educator, I’ve seen it go both ways. My best friend grew up in a family where no one had ever gone beyond high school. He joined the military at the end of his senior year and became an Iraqi war veteran, a college graduate, and eventually a federal law enforcement agent. (And just in case you’re wondering, about one in 10,000 who apply for such a post ever complete the training and are accepted, so it was one heck of an accomplishment.) He was certainly the exception, though — a fact I became painfully aware of as I started teaching high school. Most students were held back by the irresponsibility of their parents. When the child had a bad grade, they didn’t turn to their son or daughter and say, “What are you going to do to make this better?” Instead they posed the same question to me, even though the problem was often the fact that their little darlings wouldn’t turn in homework. It’s hard to get a good grade when you don’t turn in work!

Unfortunately, politicians work to convince parents that they’re not responsible for anything. You apparently get more votes that way.

Ellen Thompson (Twitter handle: @ellencthompson) believes the problem is a “shortage of highly trained, highly qualified teachers who raise expectations.” While Thompson may have a point here — most of the highly trained, highly qualified teachers I knew left to pursue more lucrative and less demanding professions — she should probably return to point one that Page so aptly pointed out.

Let me share a story of one highly trained, highly qualified teacher I knew. We’ll call her Jen because that was her first name. (No point sharing the rest for privacy purposes.) Jen trained me in my early days of teaching. She taught high school English and literature at a school district in my home state, and then trained young teachers during the summer. I was fortunate enough to be one of her pupils and learned a lot about how to run a classroom, expect big things from your students, and get results.

Unfortunately, after a few years of dealing with the bureaucracy and stupidity that supports it, I had had enough and went back into the private sector as a freelance writer. As I left, I couldn’t help feeling like a failure. I definitely didn’t want Jen to ever find out that I abandoned my call to teach.

Then, one summer, I was covering an event hosted by the local university. I was surprised to see Jen there with a name badge on. Wondering if she’d moved up from high school and started teaching college, I approached her and struck up a conversation. To my surprise, Jen wasn’t teaching at all. She instead was working for the university’s marketing department.

Here was this woman, so qualified and amazing at classroom management and getting her students to succeed, working as a PR person because “I just couldn’t take it anymore.”

Jen was sick of the bureaucratic mess her profession had become. She was tired of dealing with parents who thought their little darlings could do no wrong. She’d taught 15 years and been held in the highest regard as the benchmark example of what a teacher should be, and she quit, cold-turkey, because of what the politicians and parents and administrators had created in the modern “education system.” (We use quotation marks because the word “system” implies something that works; in this case, the “system” clearly didn’t.)

Heartland CU (Twitter handle: @heartlandcu) comes up big with another undeniable contributor to the problems facing education today — politicians who would rather throw up obstacles in the name of getting votes than affecting any worthwhile change. Politicians have, in short, created a world of empowerment for irresponsible parents. Consequently, they have made it difficult for teachers to take control of their classrooms for fear of being reprimanded for any attempt at instilling discipline.

Parents and students both know that if they make enough noise, it will always be the teacher’s fault. There is no meaningful advocacy for these educational professionals. Parents refuse to take responsibility for their failures. This enables children to work the system in an effort to avoid discipline. Meanwhile, administrators will side against teachers more often than not because they don’t want to wander into the crosshairs of lawmakers, who are legislating to the masses instead of what’s best for the school system to do its job.

One example of how badly politicians have screwed things up: you can’t fail a student anymore unless you’ve gone through a mountain of unnecessary paperwork. Most of the time when a student is failing,  it’s because he or she doesn’t show up or put forth any effort to do their homework or study. As a result, they get a lot of zeroes for work they’ve never turned in or made up, and they make low grades due to inadequate preparation.

Meanwhile, the teacher is forced into a position where they have to track down the parent and establish physical contact with someone who doesn’t want to be found, just so they can justify failing the student. It adds hours of work and additional burdens when the only problem is, the kid isn’t putting forth any effort.

Also, politicians have made it difficult for teachers to use innovative and specialized methods to best reach the student. They’re so in love with standardized tests that the teacher feels like they must “teach to the test” in order to keep their job. This leads to a lot of cookie-cutter education that comes up short when meeting the needs of the student. Furthermore, teachers are often placed in a position where their students have just been passed along and are woefully behind the state-approved standards.

In my own experience, I received a class of 10th Grade English students that I had to teach one year, where according to their personnel files, the “smartest” child was reading at a seventh grade level. The rest were at fifth and third grade levels. How do you get such students to pass a test of 10th Grade standards when they’re years behind the average?

It’s an impossible question to answer, yet many teachers are placed in that same position as a result of politicians’ love affair with standardized testing.

The Myth Of Technology.

Dan Pecchenino (Twitter handle: @danwritesthings) tweets that the major problem is, “People peddling the idea that ‘technology’ can solve what are cultural, philosophical, and political problems.”

Pecchenino is essentially referring to what we call “the myth of technology.” The idea that all of our neat devices, software, and applications, will cover for the societal problem that removes accountability inside and outside of the classroom for students, parents, and politicians.

“We need more iPads!” seems to be the rallying cry of these educational do-gooders. They ignore the fact that human civilization got to where it is today without the use of an iPad or Galaxy tablet, or insert-expensive-electronic-knickknack here.

Apple, Samsung, Amazon — they can do a lot to aid the education system, but they’re powerless to fix it. That starts at home.

Adam Holstein (Twitter handle: @AdamgHol24) brings up the problem of sports, and the enormous influence it has over public education. “Kids have no dreams besides being professional athletes, they need more to dream of than throwing a ball”

Holstein is absolutely correct. Playing high school football was one of the great memories of my life. I lived for Thursday night pep rallies and Friday game day. Unfortunately, I wasn’t good enough to play NFL ball. Only later in life have I found out that that isn’t something I should be ashamed of. The reality is that most kids aren’t good enough, and even some that are, will never get that opportunity.

As we shared in a recent post, the odds are truly stacked against you ever getting one of the 224 slots in the NFL draft. And even if you do, you’ve got to compete against the seasoned vets just for a spot on the team.

A minuscule amount of kids — even if they start on their college football teams — will ever get a chance to play on Sunday, and the same is true for pretty much every professional sport. Yet each year, parents, coaches, and school administrators place their sports teams’ performances ahead of what is happening in the classroom. High school athletes are almost treated like pros now, and it makes the kids believe a lot of false hopes in their own abilities.

Until society starts to take education’s greatest challenges seriously, nothing will improve. One thing is certain: overcoming these obstacles will not be done by placing all, or even half, the burden on the backs of the overworked, burned-out, unsupported teacher. Until parents, politicians and school administrators start seeing their role in this and start looking beyond the validity of test scores, we’ll continue to circle the drain as a society. It’s bleak to think about, yes, but sometimes the only way of finding success is to realize just how far away from it you truly are.