The Value Of A College Degree: It’s Still There, But… 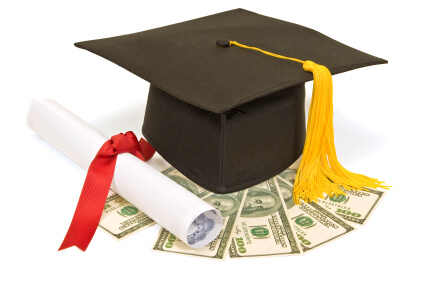 The value of a college degree has come under a lot of scrutiny and criticism as of late, and with the humongous amounts of student loans and shortage of qualified workers that they produce, it’s understandable. Nevertheless, a new study shows that you shouldn’t be so quick to dismiss that college degree just yet.

In a new piece for the New York Times, contributor David Leonhardt looks deeper into these new findings and discovers that a college degree is actually just as valuable — if not more so — than it’s ever been.

“Yes, college is worth it, and it’s not even close. For all the struggles that many young college graduates face, a four-year degree has probably never been more valuable.

“The pay gap between college graduates and everyone else reached a record high last year, according to the new data, which is based on an analysis of Labor Department statistics by the Economic Policy Institute in Washington. Americans with four-year college degrees made 98 percent more an hour on average in 2013 than people without a degree. That’s up from 89 percent five years earlier, 85 percent a decade earlier and 64 percent in the early 1980s.”

Leonhardt observes that if “there were more college graduates than the economy needed, the pay gap would shrink.”

“The gap’s recent growth is especially notable because it has come after a rise in the number of college graduates, partly because many people went back to school during the Great Recession. That the pay gap has nonetheless continued growing means that we’re still not producing enough of them,” Leonhardt explains.

To support the NYT report, David Autor, an MIT economist, said the problem isn’t that the value of a college degree is worthless, but that “We have too few college graduates. … We also have too few people who are prepared for college.”

For Leonhardt, the media is creating something of a self-fulfilling prophecy by focusing in on the fact that a college degree doesn’t guarantee success. “When experts and journalists spend so much time talking about the limitations of education,” he writes, “they almost certainly are discouraging some teenagers from going to college and some adults from going back to earn degrees.”

Leonhardt concludes that, “The decision not to attend college for fear that it’s a bad deal is among the most economically irrational decisions anybody could make in 2014.”

We can definitely see the point in what Leonhardt and Autor are saying. The idea that you shouldn’t get a college degree because it’s worthless has no data to back it up. However, it’s important to point out the limitations of the degree as it stands in 2014 because too many students are being sold the false information that a degree equates with success.

The problem with underselling the challenges that college graduates face is that you don’t adequately prepare them for the world they’re about to experience. Place yourself in any college graduate’s shoes. If you’re lucky, you get out of school with around $30,000 of debt. Your next choice: enter the workforce immediately and start paying down that debt (while earning less because more and more employers are demanding higher than a bachelor’s degree).

Ten years down the road, your career path has stagnated because the educational demands of employers get more extensive as time goes on. It’s always been that way, too. In the 1950s, you might have been able to raise a family of four on one income with just a high school diploma. (Many even did so as dropouts.)

In the 1980s, the high school diploma was an absolute necessity, and if you’d completed your bachelor’s degree, then finding a job that rewarded you for that knowledge was all but inevitable. You may have been able to get by with just a GED, provided there was a nice, unionized manufacturing job in your area. (Good luck finding that today.)

By 2010, the idea of getting a six-figure job (or even one that paid more than $45k per year) with just a bachelor’s was pretty farfetched, especially for high-demand fields like engineering.

The trend is clear. As time moves on, more education is required. Unfortunately, education costs are skyrocketing, jobs that pay a livable wage and enable retirement planning are almost non-existent, and employee wages aren’t coming close to keeping up with the cost of goods and services. Last but not least, students today aren’t competing against their peers or the people in their area. The rise of the mobile workplace means that they’re competing with the entire developed world.

Perhaps all of this sounds too discouraging for Leonhardt and Autor, but it’s reality, and it’s one that students often don’t get exposed to at home. Many, in fact, don’t find it out until they’re in the thick of it.

Because there’s still time for students to do something about it, but only if they’re given a heaping dose of the challenges that they face, which threaten the value of a college degree. Instead of wandering through high school aimlessly, students can start to focus on areas where jobs are in-demand and they can devise a plan for getting the education they need before opportunities pass them by.

They can start taking the fight ahead more seriously, adjusting their expectations and actions as needed. They can steer themselves toward a lucrative career instead of finding themselves on graduation day with no clue as to what they want to do with the rest of their lives.

While the value of a college degree compared to the value of nothing is not in any doubt, the real question we as a society should be asking isn’t whether getting your degree is more valuable than not; no, we should be asking whether the degree we earn is enough to keep up with economic and employment trends.

If you’re concerned about the value of a college degree, you should be. While the evidence indicates that a four-year degree is better than a high school diploma, it does little to prove that that same degree is “enough” for the world in which you’ll be living. That’s why you should always be learning. Never close the books on your education and think that “it’s over” once you’ve acquired your degree. The world of the future is one of continuing education. Be prepared to embrace it.