Where Is The Dumbest State In America? [Study] 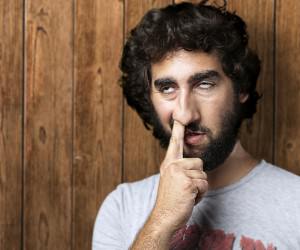 Educational competition is a healthy thing for bolstering the ranks of the educated in our nation and making us more competitive on a global scale. Unfortunately, when you start competing like that, there always has to be a loser, and if you find yourself on the wrong end of that placement, it can be quite embarrassing. Nevertheless, it helps to know where the supposed “dumbest state in America” is so we can diagnose problems and find ways of addressing those issues.

The Street recently issued a report citing a study from infoplease.com. In it, states were ranked based on the level of education a certain percentage of the residents achieved. According to the findings, which examined educational levels as of 2010, “men with a BA make 60% more than their counterparts with a high school diploma — $40,000 to $64,000 — while women with BA’s make 56.6% more than their counterparts with a lower level of education — $30,000 to $47,000.”

Even more disturbing than this, the gulf between the two is increasing. Two decades ago, male college grads made 47.5 percent more than their high school grad/GED counterparts. Females made 53 percent higher.

“For this reason there is some correlation between states with higher percentages of people with Bachelor’s and advanced degrees also having fewer people living below the poverty line,” writes The Street’s Tony Owusu.

“Average SAT scores also do not accurately reflect the level of education as certain states with higher average SAT scores have a smaller percentage of students taking the test. North Dakotan students for example had an average SAT score of 1799 in 2013, good for second in the country. However, the state only had a 2% participation rate.”

Now that you’ve learned the methodology behind this study of the smartest and dumbest states in the US, let’s get started with the good news. If your name is on this list, then you’re in good shape:

% of Population With Bachelor’s Degrees: 32%

% of Population With Bachelor’s Degrees: 34%

And now, the not so good news…

Just why is West Virginia considered the dumbest state in America? According to the study, it’s because it has a “median income that is the third lowest in the country and a poverty rate of 17.8%, or 38th in the country.”

“Despite this, the city of Morgantown, home to West Virginia University, was ranked by Forbes as one of the 10 best small cities in which to do business in 2010,” Owusu writes. “In an effort to attract businesses, the state’s corporate income tax is set to be reduced to 6.5% from 8.5% this year. The state’s once robust coal industry has taken a hit as the industry faces increased competition from other energy sources and tougher regulations. Despite this downturn, the state exported $2.9 billion worth of coal last year and the industry employs 30,000 West Virginians.”

As SAT scores go, West Virginia students posted a 1513 average, while that median household income clocked in at just $40,196.” Compare that to Massachusetts, where the MHI was $65,339 and the SAT average was 1553.

Furthermore, the percentage of persons with bachelor’s degrees was less than half of Massachusetts’ total (38.2 percent).

(One interesting note: While the MHI may seem much higher in Massachusetts than it is in West Virginia, keep in min that $40,000 would require a comparable salary of $59,778 in Massachusetts. So while MHI earners in Massachusetts may be “smarter,” they’re barely better off financially than those making the MHI in West Virginia. Furthermore, the No. 2 dumbest state in America — Arkansas — is about even on cost of living conversions between the two sets of median household income data. Hat tip to the cost of living calculator at CNN for that info.)

If you’re going to start throwing around titles like the “dumbest state in America,” then you definitely need to be able to back it up with reasonable data and a clear definition of what it means to be smart and what it means to be stupid. The infoplease study makes a noble effort at pulling that off, but it does leave out one area we would like to see them add for future studies: IQ (or intelligence quotient).

The study ties all definitions of “smart” to the performances on standardized tests and the amount of formal education attained. As we recently pointed out in our post on the value of a college degree, that may not be the best way of gauging it any longer as the costs of goods and services goes up and the incomes of Americans with technical skills rise.

Our point: for now, this may be a decent barometer of who has “the smarts” in our country and who doesn’t, but education is a rapidly changing landscape, and our way of doing things isn’t necessarily keeping up with the state of the economy. How long before we stop giving colleges and universities a free pass on being the cornerstone of intellect? That’s a question we’ll have to keep our eye on as things progress.

What do you think, readers? Is it fair to call West Virginia the dumbest state in America, or do you find the methodology behind this study flawed? Sound off in our comments section.