Malala Yousafzai, And The Lessons Her Story Teaches 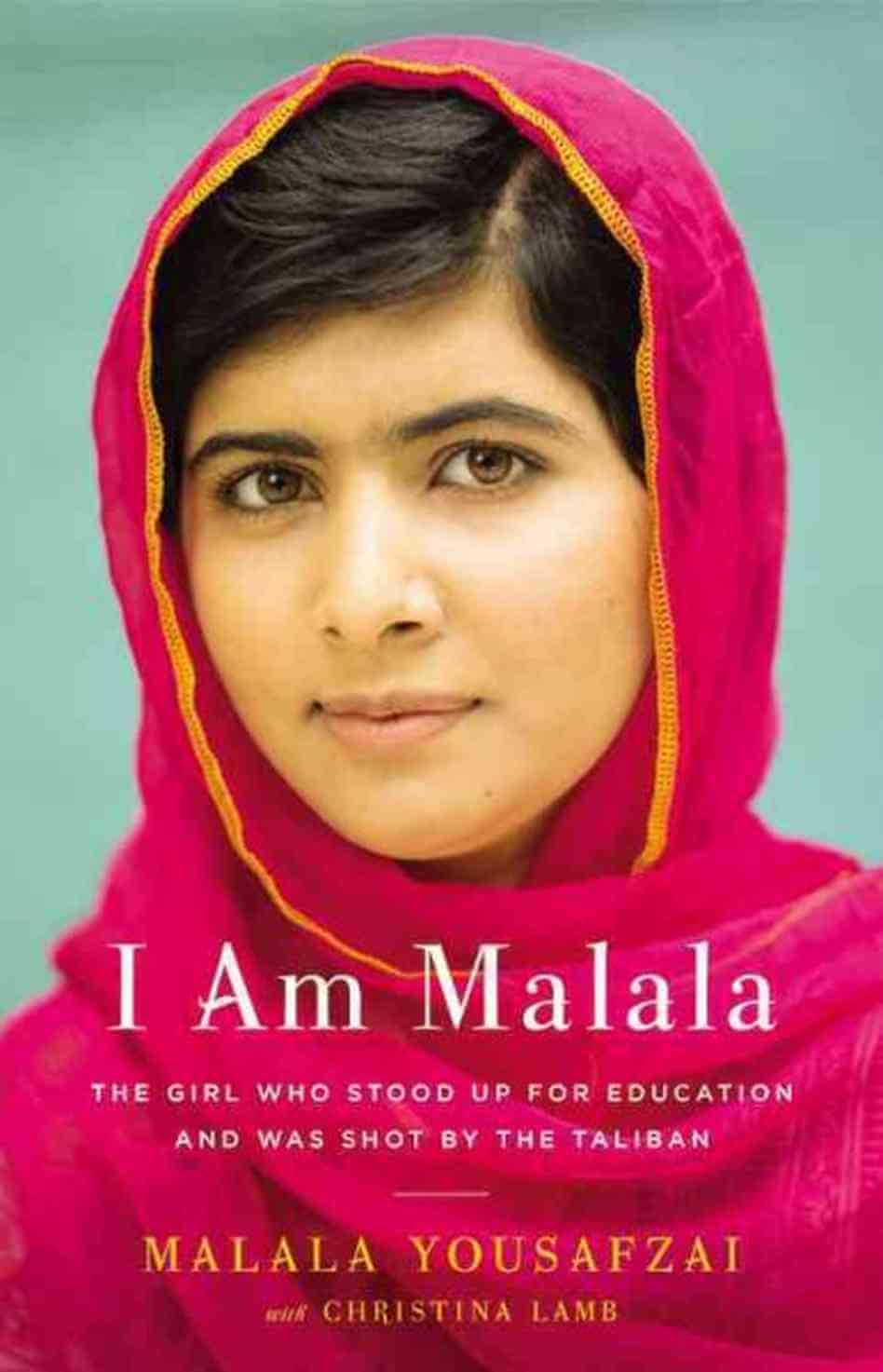 The Jon Stewart interview with Malala Yousafzai, the young girl who was shot by the Taliban for standing up for women’s rights to education, has hit the web, and it’s some pretty amazing stuff. Luckily, we were able to get our hands on the official transcript, which is required reading for anyone who has ever taken their education for granted. First, we’ll share that with you, and then finish with some points on how not to take your education for granted. Here’s the dialogue, courtesy Comedy Central.

Jon Stewart: Welcome back my guest tonight, she’s an advocate for girls access to education worldwide, she is the youngest person ever to be nominated for a Nobel Peace Prize, her new book is called “I Am Malala” the girl who stood up for education and was shot by the Taliban. Please welcome to the program Malala Yousafzai.

Jon Stewart: Nice to see you. Thank you for being here.

Malala Yousafzai: Thank you so much, it’s an honor for me.

Jon Stewart: It is an honor for us, I know me. This is, by the way, we talked a little bit before the show, nothing feels better than making you laugh, I will say that, I enjoyed that very much.

Jon Stewart: “I Am Malala”, it, it’s honestly humbling to meet you. You are sixteen, where did your love for education come from?

Malala Yousafzai: We are human beings and this is the part of our human nature, that we don’t learn the importance of anything, until it’s snatched from our hands. And when, in Pakistan when we were stopped from going to school, at that time I realized that education is very important and education is the power for women and that’s why the terrorists are afraid of education. They do not want women to get education because then women will become more powerful.

Jon Stewart: Exactly, exactly right. When did the Taliban come to Swat Valley, because before then, you describe it as a paradise of sorts?

Malala Yousafzai: The Taliban came in 2004, but at that time they were quite good, they did not show the terrorism and they did not blast any schools at that time. But they started the real terrorism in 2007, they have blasted more than 400 schools in Swat, they have slaughtered people and in the month of January 2009, they used to slaughter even two, three people every night and they had flogged them. We had seen the barbaric situation of the 21st century and we have seen the cruelty and we have seen harsh days in our life and those are regarded as the darkest days of our life, so it was really hard for us at that time.

Jon Stewart: You describe in the book, still, no matter what, they took the signs off of schools, they went underground, but they continued, in the face of, you spoke out publicly against the Taliban, what gave you the courage to continue this?

Malala Yousafzai: You know, my father was a great encouragement for me because he spoke out for women’s rights, he spoke out for girl’s education and at that time I said that why should I wait for someone else, why should I be looking to the government, to the army that they would help us? Why don’t I raise my voice, why don’t we speak up for our rights? The girls of Swat, they spoke up for their rights, I started writing diary, I spoke on every media channel that I could, and I raised my voice on every platform that I could and I said I need to tell the world what is happening in Swat, and I need to tell the world that Swat is suffering from terrorism and we need to fight against terrorism.

Jon Stewart: When did you realize the Taliban had made you a target?

Malala Yousafzai: When, in 2012, we were, I was with my father and someone came and she told us that, have you seen on Google that if you search your name and the Taliban has threatened you? And I just could not believe it, I said no it’s not true and even after the third when we saw it, I was not worried about myself that much, I was worried about my father because we thought that the Taliban are not that much cruel that they would kill a child, because I was 14 at that time. But then later on, I used to like, I started thinking about that and I used to think that the Tali would come and he would just kill me, but then I said if he comes, what would you do Malala? Then I would reply to myself Malala just take a shoe and hit him, but then I said, if you hit a Tali with your shoe, then there would be no difference between you and the Tali. You must not treat others that much with cruelty and that much harshly, you must fight others, but through peace and through dialogue and through education. Then I said I would tell him how important education is and that I even want education for your children as well and I would tell him, that’s what I want to tell you, now do what you want.

Jon Stewart: Let me ask you, I know your father is back stage and he is very proud of you, but would he be mad if I adopted you? Because you sure are swell. Could you stick around? I want to talk a little bit more about sort of Swat Valley and what it was like growing up there and how people can get involved through the Malala Fund and those types of things, do you have a little bit of time?

Jon Stewart: “I Am Malala” is on the bookshelves now. Donate to the Malala Fund, visit www.malalafund.org! Malala Yousafzai, we’ll be right back.

There may be small errors in this transcript.

The book “I Am Malala” paints a sobering picture of how tyranny can take root, usually first appearing in the most harmless (and even inspiring) forms.

There is no possible way that we could outdo Malala when it comes to speaking for education in the face of adversity. The truth is, we live in a society of privilege, and at least for now, we will have access to free public education as long as we have a society. Furthermore, that education is extended to everyone regardless of race, gender, or sexual orientation. Our government — however inept they might be — has no plans to take education away from us. They may tamper with or get in the way of progress, but there will always be a desire to have a more educated and competitive society on a global scale.

That being said, it could be hard to grasp Malala’s viewpoint since your experiences are probably different from her own. So that leaves the question: How do you not take your education for granted when you live in a society of privilege? We recommend the following:

Few people know what they want to do or be from earliest childhood. In fact, most kids will change their “occupations” several times per day. If you’re one of these people, don’t feel bad. Experimenting is good. It allows you to see the types of careers you like, and the ones that you don’t. And one more thing about this recommendation: start early! You don’t want to be “figuring things out” when you’re a senior in college.

What It are we talking about? Your passion, of course! The more you experiment, the more likely you are to find what it is in life you’re passionate about. And here’s the thing: when that happens, things get a lot more challenging to the point that you don’t take things for granted. Why? Because you’re giving more of yourself to that passion. When you discover that It, you will also discover that you’re capable of a lot more than you think.

Realize What You’re Up Against.

No, you probably won’t experience the same challenges and adversity that Malala did, but you will face an uncertain job market and fierce competition. You’ll also have to find a way to pay back any student debt. And last but not least, you’ll have to balance your passion with a career path that will actually allow you to find a job. When you know the furthest-reaching repercussions, you’re less likely to goof off and blow opportunities.

What’s the difference between “sympathy” and “empathy”? When you hear that someone famous has died on the news, you may find yourself having sympathy for their family in the sense that you feel sorry for them; however, in such a circumstance, it’s not uncommon to go about your business as if nothing has changed, especially if it was someone with whom you weren’t that familiar. Now imagine that your brother’s wife has died. That situation hits a lot closer to home, and you’re more likely to release those emotions and experience the pain alongside your brother even though it didn’t happen directly to you. Make this distinction with your classmates. Some will come from the wrong side of the tracks, where their parents do drugs and they have to take care of the younger siblings while trying to graduate high school. Others may come from a foreign country, where they didn’t have as many privileges as we do here. By empathizing with your classmates, it’s easier to look at your own education and realize how important it truly is.

Education is a very different thing depending on who you’re talking to. Someone like Malala yearned so much for the right to an education that she put her life on the line in speaking up for her rights, and was gunned down for her troubles. Fortunately, she survived, and her voice remains a strong one that not only supports education for all, but it also emphasizes just how important that education is.