MCAT Recommendations That Can Help You To 35 And Beyond 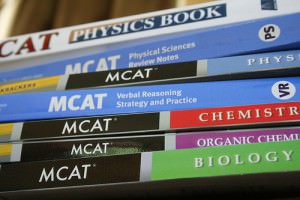 The Medical College Admission Test (MCAT) is a computer-based standardized exam for prospective medical students. It’s currently given in the United States and Canada, and is used to assess critical thinking, problem solving, knowledge of scientific concepts and principles, and written analysis.

The good news is, if you are organized, regimented, demonstrating good study habits, you’ll never need to take a training course. Everything you need to do well on the test is in your schooling and your work ethic. All you need now is a little expert help. And who better to provide that than the successful test-takers, who’ve come before you?

What follows in numbers two through eight on our list are tips from actual MCAT aces Ben Nguyen, a medical student at the University of Southern California, and Scott Priddy, a graduate with a BS in Chemical Engineering and a BA in Molecular and Cell Biology from UC Berkeley.

Before we get to them, however, we’d like to offer some advice of our own on No. 1.

1. Start with a diagnostic.

Before you can score your best on the MCAT, you’ll need to know where you stand from the beginning. What are your strengths and weaknesses? How much information have you retained, and where are you lacking? Luckily, there are a number of free tests online that you can take to determine your starting point. We may be biased, but you can take a very good starter MCAT here at 4Tests.com with no obligation or hassle whatsoever.
2. Choose the right materials.

Even though we’re partial to what we offer here at the site, it’s probably a good idea to expand your study horizons and think about selecting a number of materials to help you on your way.

Ben Nguyen said that he “used a combination of Berkeley Review and Examkrackers (content only, not 1001).”

“They worked just fine for me,” he added.

3. Create a schedule and stick to it.

Nguyen also recommends creating a rigorous schedule to dictate your life when preparing for an upcoming test.

“Do yourself a favor and make an Excel spreadsheet. Make it a calendar. Write the chapter or problems you will do on your study days. Don’t miss a single day unless 1) You are sick; 2) You have to go to a funeral.”

Nguyen continued: “If you miss a day for the aforementioned reasons, or reasons of similar gravity, catch up by using one of your days off, NOT by cramming two subjects into one day.”

4. Make time for your life.

Though Nguyen urges scheduling to prep for the MCAT, he also notes that the “trick” to making it work is to leave time for your life.

“This is the real trick to sticking with your schedule,” he explains. “Give yourself adequate days off and make your schedule FIT your life. Some people do six days study, one day break. I did five days study, two days break because I wanted weekends off.”

(Nguyen also took days off for Thanksgiving and Christmas.)

He advises that if you work full time, compensate with more study days. “Make your schedule work for you, and plan it all out to the highest detail, or you will probably burn out unless you’re one of those who can study just a few weeks and get a 35+.”

(In which case, it’s doubtful you need anyone’s help.)

Nguyen shares the study technique and organization that worked for him, noting that he began by reading the chapter, doing problems from the chapter, reviewing mistakes, and repeating for subsequent chapters.

“After reading all chapters for the week,” he advises, “review them and clear up weaknesses.” Then, “Do more problems for the chapters you’ve just reviewed.”

“Always review your mistakes in detail. This is where you will hone your skill,” he adds. “You must understand how to think in the MCAT way.”

Part of “thinking in the MCAT way” includes focusing on passages. The ability to read a passage and solve it is perhaps the most important skill you can take with you into the exam. For Nguyen, “This is because the MCAT is designed to take you off guard. You will almost never get a straightforward question on the MCAT. Therefore, it is imperative that you practice problem solving in general rather than just memorizing content.”

To tap in to these critical thinking portions of the exam, Scott Priddy recommends that you read books from opposite perspectives.

“If you read books where people are arguing against one another — as with The Bell Curve and The Mismeasure of Man — you’re forced to take a step back and slow down, thinking critically,” Priddy explains. “All too often we get in a habit of reading for assignments where we swallow everything whole in preparation for regurgitation. But for critical thinking portions of tests, this is problematic.  I’d note the distinctions Daniel Kahneman talks about in Thinking, Fast and Slow: fast thinking is reflexive, while slow thinking is deliberative.”

Priddy admits that the nature of the timed exam tends to force test-takers in to fast thinking and skimming. “This lowers reading comprehension. Yet you likewise cannot plod through the text slowly,” he said. “The best thing I can recommend is to practice ‘slow thinking’ enough that you can do it faster (as oxymoronic as that may sound). When you read opposing viewpoints, you have to see where they conflict. With practice, this helps you to understand logical structures not only for arguments, but for scientific findings and experimental set-ups as well.”

When it comes to critical thinking AND verbal reasoning, being well-read is essential to your success. While Priddy believes that you should bone up on your relevant courses — biology, physics, general chemistry, o-chem, and bio-chem — there’s one type of reading, he believes, that can help you above all others: non-fiction.

“Part of this will help the verbal. That is to say that when you read a passage in the VR [verbal reasoning] section, anything that’s familiar will be easier to digest if you have some background.”

Priddy explained that the MCAT will pick random and generally obscure topics for you to decipher. “I think I had passages on things like land speculation in Florida in the 1920s, something about some art movement … However, if you know a little bit about the topic, then you will have a far easier time with this.”

Priddy continued: “If you’re taking the MCAT next week, this will not help you.  However, if you’ve got several months, I think it’s well worthwhile to expand your nonfiction reading in parallel topics. I believe it’s helpful for the science portions as well, because reading is a means by which all four subtests are conveyed to you.”

Finally, Priddy recommends getting a good night’s sleep and waking up earlier than needed on test day. “While you’re having your morning coffee, do a quick review: a couple of questions from practice exams, reading summary sheets, etc.”

Priddy said some have disagreed with this approach, but advises you to ignore the critique. “What you’re doing the morning of the test is not to cram, it’s to prime your brain. If you were sitting in biochem class and I were to ask you, ‘Quick: name an amino acid with a hydrophobic side chain!’ you’ll likely answer that question far more rapidly than you would if I asked you in the middle of fighting a dragon while playing Skyrim. Your brain is in a different mode.”

Priddy explains that through all your study sessions, “you put yourself in a frame of mind where you’re accessing mental systems relevant to the test.”

“The point in cramming is to prime your brain to be in that mode,” he said. “Answers come easier at the end of a study session … than at the beginning because your brain is focused on the manner of activity that you’re trying to hone.”

Failure to do the last bit of cramming could mean you end up reorienting your brain while the clock is ticking, Priddy warns. “Far better is to do a brief review of all major subject groups the morning of the exam. Don’t overdo this, though; you don’t need more than a half an hour to an hour. The test is long and exhausting, and by the end of the day I felt beat. Be sure to pace yourself on the early study period.”

As Nguyen says, “Doing well on the MCAT mostly comes down to persistence and thoroughness of preparation rather than any magical formula.” While that means a lot of hard work is in your future, it also means that you control your own destiny. And what better outlook for someone wanting to enter the medical profession?