Millennials And The Workforce: Are Things Really Tough All Over? 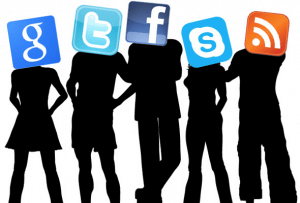 A day hardly goes by without someone talking about how bad off millennials are. They have one of the highest unemployment rates, less savings than previous generations, and more student loan debt. How could anyone even question that this group of students — born in the 1980s and 1990s — are in anything but a world of hurt? And because, as Pew Research points out, they’re also one of the most optimistic, independent, and less patriotic generations, they’re seen as entitled little brats that are destined to be a drain on the country — a country they’re not fond of by the way.

Before you scroll to the bottom and leave me a nasty comment, let me stop you right there. I don’t believe that. I’m dramatizing the dreary picture that news media and other generations like to paint of you. That’s actually far from the reality. If you are in the millennials generation, you’ve actually got a lot going your way. For instance:

Technology Is In Your DNA

Technology is pretty much a second language you’re completely fluent in. You have a head start on those of us who were born before and remember a time without the Internet or mobile phones. We had to learn the devices we’re using today and all the informational portals they open up; for you, it’s like walking. Imagine the world you’ll be able to create in 20, 30, 40 years using the tools we have today and building up from there. As life coach and author Christine Hassler said in comments to CNN Student News on a recent episode, she is “constantly surprised by your potential.”

“They have a much faster speed mentally than any other generation before. They are amazing learners. They learn quickly, they’re adaptable, and change doesn’t scare them as much because they had to go in and learn something new every day.”

The CNN report notes that millennials are the first generation to have always had the Internet, and that creates a huge advantage because they can fill in knowledge gaps quickly and then seamlessly build that into whatever they’re doing.

Unfortunately, this Internet-from-birth connection is also what gets many millennials a bad reputation among older generations, who view them as entitled and poor communicators, when in reality, it’s not so much that they are poor communicators, it’s just that they work at a different, more quickened pace than their counterparts.

Even so, companies are starting to take notice and they are liking what they see.

“They’re the new marketplace; they’re the new brains; they come with all the social media tools and tricks embedded in them as natives,” she said.

With more brands realizing that they need a strong social media presence that is omni-channel and that binds customers or clients together, millennials are in a position to speed up a company’s transition and open it up to areas they might not have even thought of yet.

As one millennial put it, it’s “scary” knowing that there are 75 million people worldwide in the millennial generation who are without work. It’s even “scarier” knowing that many of the jobs that exist today won’t be there in another 10 years.

“But in a way it’s exciting, because it means we get to invent new careers.”

Compare that logic to a baby boomer or a GenXer, who is so ensconced in careers that they fear will be automated. Speaking from personal experience as a Generation X person, I know a lot of my peers are worried about this, and rather than jumping into new training, they’re panicking and hoping they can last until retirement before their companies decide they no longer need them.

Many are paralyzed by the speed at which the world is changing, but millennials seem to understand all this and, as previously mentioned, can use technology to help them adapt on the fly.

Wherever the millennials’ skill set takes them — however it develops — it will be interesting to see how their contributions alter the face of education in the coming years. Already programs like Khan Academy are revolutionizing the speed, convenience, and cost of education. Entrepreneurial think-tanks like Fizzle offer an active base of startup-minded people, who are able to essentially crowdsource enough information for members to start and maintain successful online businesses. There are also educational courses there that teach startups how to leverage technologies for growing an audience. And compared to colleges and universities, many of these courses are taught by real-world people, who haven’t just learned theory, but they’ve actually “done it.”

I say that not to pitch you on Khan or Fizzle, but to show you where education could be headed. It could be taking individuals more into skill sets with a technology focus, and that is right up the millennials alley because they already speak the language.

When more students realize they don’t have to go six figures in the hole to attain a profitable and rewarding career, the current state of out-of-control tuition and pricing will no longer be sustainable. Sources like these along with further development of massive open online courses (MOOCs) should enact some greatly beneficial changes into the education ecosystem for the millennial generation.

To close, I’ll leave you with this quote from entrepreneur and author Seth Godin.

“It’s time to stop complying with the system and draw your own map. Stop settling for what’s good enough and start creating art that matters.”

If there is an ounce of truth to that statement, then millennials are just the people for the job. If you’re a millennial or you’re sympathetic to this generation, what are some things that you’re tired of hearing from other generations? Or inversely, what criticisms do you have? Share your thoughts in the comments section.