Student Shaming: Does It Work? 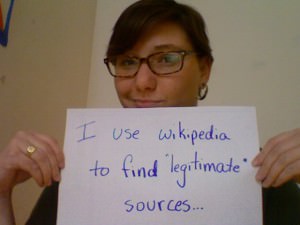 There are lots of theories about how best to educate students in the modern world. While politicians err on the side that students and parents shouldn’t be responsible for any part of the educational process, educators can sometimes go too far with how much they demand from their class. Ideally, there would be a happy medium between student and teacher accountability, but the difficulty is in determining what that medium looks like.

One practice that has picked up steam, at least in the high school and college worlds is that of student shaming. This is the idea that you practice a “professional tough love” with students to simulate what the world will be like when they’re finally on their own. The debate picked up steam recently when columnist Jesse Stommel of the Chronicle of Higher Education decided to abandon ship before the publication of his third column. His gripe: the “Dear Student” section of Vitae.

“The concerns the series has focused on are petty and pedantic, and nobody is being well-served by the content on display (not students, not professors, editors, the Chronicle, the other writers for Vitae, the job seekers visiting the site, or the job advertisers using the service),” Stommel writes.

He then cites a number of “examples” of what he’s talking about. These include the following:

“Everyone that comes into even casual contact with Vitae’s ‘Dear Student’ series is immediately tarnished by the same kind of anti-intellectual, uncompassionate, illogical nonsense currently threatening to take down the higher education system in the state of Wisconsin,” Stommel adds. “The word ‘entitlement,’ used pejoratively about students in two of the four articles, needs to die a quick death. College students ARE entitled — to an education and not the altogether unfunny belittling on display in the ‘Dear Student’ series.”

While Stommel’s heart is undeniably in the right place, are his criticisms fair or accurate? Many of the commenters on his own blog don’t seem to think so, and accuse the writer of missing the point of the “Dear Student” series and “student shaming” in general.

“Students should not have their hands held, they won’t once they leave school,” writes one commenter. “We do our students a disservice by not holding them to a high standard and letting them get away with their grandmother’s dying multiple times.”

Another agreed. “Students do not deserve us to bend over backwards to cover for their irresponsibility. It’s their education; they do in fact have to work at it. If they’re not willing to meet us halfway, we should not be picking up the slack.”

Still more: “Requiring students to be active and responsible participants in their own education is a good way of actually encouraging them to think critically. Wouldn’t you agree? I am not sure how it’s done otherwise. Setting the bar high is important to education.”

What’s interesting about some of the examples that Stommel cited above are some of the supporting statistics. For example, in the dead grandparents article, written by Stacey Patton, a piece of research is cited that seems to prove a correlation between finals and the timing of a grandparent’s death. “Many years ago, Mike Adams, a biologist at Eastern Connecticut State University, studied the problem and proved that there’s definitely a correlation between grandparent deaths and exams,” Patton writes. “After collecting data for 20 years, Adams concluded that a student’s grandmother was far more likely to die before midterms than at any other time of the year. More specifically, his research showed that grandmothers are 10 times more likely to die before a midterm, and 19 times more likely to die before a final exam. Grannies of students who weren’t doing well in their classes were at even higher risk of meeting their maker: Students who were failing a class were 50 times as likely as others to lose a grandmother.”

Whether it works or not, here are some of the reasons many teachers resort to the student shaming technique:

1. Catharsis. Many pressures are placed on teachers from parents, administrators, the school board, the state department, and the federal government. They have the weight of the world on their shoulders, and are often the only ones held accountable for student failure even though they have no control over where the student is when they come to their classroom at the first of the year. Student shaming provides a temporary release of frustration.

2. Genuine care for the student. Consequences are effective in getting an individual to reevaluate where they’re going in life. It isn’t always pleasant to think about negative outcomes, but they’re very much a reality. When Mom and Dad aren’t preparing their kids for negative outcomes, someone has to, and if the child or student isn’t responding to glass-half-full positivity, then it only makes sense to try an alternate path. That doesn’t mean the teacher cares any less for the student’s future; if anything, it can mean they’re the only one who cares anything for the student at all.

3. A desire to set an example. Another motivation for student shaming can be to send a message to the rest of the class. While the technique won’t necessarily work on everyone, it could work on the majority of a class, and if the teacher feels like shaming one student for not holding up their end of the educational process, then it could bring the rest of the class up to speed.

The caveat to playing the student shame game is that it can set a teacher up with a negative reputation in the eyes of most students before ever stepping foot in a class. It can also put a target on a teacher’s back among students, who want to retaliate in some form. It definitely won’t make a teacher a “friend,” but then, that isn’t the first responsibility of a teacher.

What do you think about the student shaming technique? Have you seen examples of when it worked and when it didn’t? Do some students have it coming? Share your thoughts in the comments section.