Could New Science Testing Be On The Way? 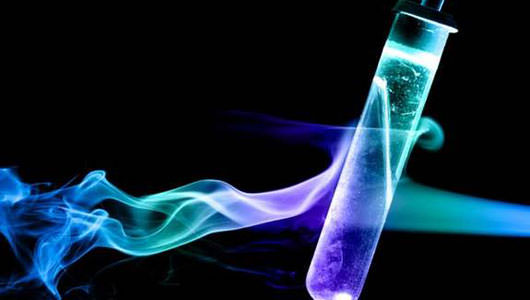 The American education system could be up for an abrupt overhaul of how it teaches and incorporates science testing into curriculum. While the proposed changes may be a very long way off, they are probable given the ongoing comparisons to the world-at-large and the agreed-upon need for the US to get ahead and stop trailing the competition.

The proposals came by way of a 17-member panel of the National Research Council (NRC) on Tuesday. The NRC panel consisted of national assessment and science experts.

Here’s a breakdown of their recommendations:

The proposal was formally laid out in a 256-page report, offering up how testing should change to fully reflect the Next Generation Science Standards, thus far adopted by only eight states. The changes they recommend rely less on science facts, and more on performance and use. Also, instead of offering one exam in a large-scale statewide exam each spring, the panel recommends more frequent testing.

“One is ongoing, classroom-based, or ‘formative,’ assessments, which would draw students into building and refining scientific models, generating and analyzing data, and creating oral and written arguments about what they’re learning,” the news site reports. “These could take the form of curricular units, student-work portfolios, tasks drawn from a district’s bank of items, or other activities.”

Under the new proposals, a teacher might ask her sixth grade students to build models of air particles, and conduct a discussion to determine what they understood and what they didn’t about the assignment. Another example would be a fifth grade teacher overseeing an extended unit on biodiversity in the schoolyard, and guiding students as they gather data, analyze, and build arguments of interpretation.

The No. 2 source of assessment would be “state-level ‘monitoring’ tests that would be aimed at measuring how well students have learned the material over the course of a year, and that could be used to meet states’ accountability needs,” Education Week notes.

The NRC panel suggested incorporating multiple-choice and short-essay items in to science testing, but noted that the exams would have to lean heavily on performance-related tasks.

Last but not least, the panel said that states should collect school-level information about resources that affect students’ chances “to learn science in the ways laid out in the [NRC] framework and the [new science standards],” such as access to good instructional materials, the level of teachers’ subject-matter expertise, and instructional approaches that allow students “of varying cultural and linguistic backgrounds” to access the material, EW noted.

(The NRC framework was designed by a team of experts to help guide development of the Next Generation Science Standards.)

The lengthy report isn’t likely to be one that lands well with up-and-coming students. In a world where adult and student critics alike have had their fill of standardized tests, the recommendation to dramatically increase testing may be seen as a step back. However, supporters of the educational system may want to tread carefully when it comes to dismissing the ideas.

US schoolchildren are commonly seen as trailing much of the first-world in their understanding of how things work. While all subjects are important, science is likely to be more and more of a strong employment sector in the years ahead, and now that we have to compete outside of our borders, we can expect the training to grow more and more rigorous.

In order to stay relevant and not slip further behind, an overhaul of science and math studies may be essential in a world that increasingly relies on heavy use of technology. Furthermore, the healthcare sector will have plenty of opportunities for growth, and with the onset of the Affordable Care Act (ACA), personnel shortages will only grow worse. It’s best to prepare kids today so our levels of doctors and nurses and nurse practitioners do not continue their decline.

Improvements in science and math will be an important next step in the fulfillment of this much-needed goal, and there’s no better time to start than the present.

The Death Of Fact-Based Assessment

Some critics are likely to be at odds by the movement away from fact-based assessment on science testing. After all, it’s how we’ve done things for so long, and how can we even be sure that we’re doing it right when it isn’t what we’ve grown up with?

This is a valid concern in that it will mean teachers will need even more training and resources to be able to deliver on the goals. As the NRC panel stated, it isn’t something that can be done overnight, especially when the compensatory rewards for teaching are so little.

The challenge comes back to these two questions:

How do you get teachers more qualified to live up to the tasks ahead? And once they’re qualified, how do you keep from losing them to industries that pay better?

Any answers to these questions highlight systemic problems that will need to be addressed before anything substantive can happen. After all, how do you get more competent politicians, parents, and administrators? You won’t do it by continuing to place all burdens and expectations on the people heading up the classroom. That will just drive them further away, leaving only the unqualified.

As for this “death of fact-based assessment” idea, it’s important to understand what is meant by that phrase. You’re not saying there’s no such thing as facts. You’re just saying facts have to be proven, and they have to hold up to further scrutiny. What the NRC is saying needs to be done, is we need to stop resting on what we know about science and start using what we know to push boundaries and continue with what science is all about in the first place: discovery.

Expect big changes to how we teach and evaluate science. Realistic expectations say that the changes will need to be gradual, but certain. However, to challenge the way we think about teaching and evaluating science standards, we will also need to challenge and evaluate the existing infrastructure — the politicians, the parents, and the school administrators — that so often get in the way of progress and run good teachers into other professions. Regardless of how we get there, though, we all agree that something needs to change, and that students must understand the why of science before they can grasp anything else.