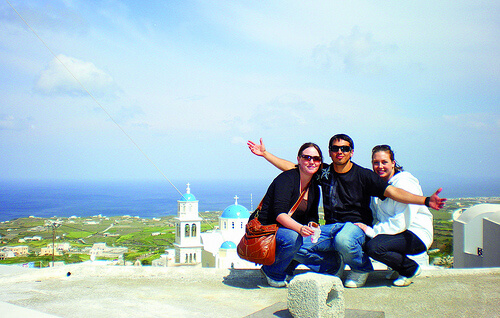 Studying abroad? If so, you may want to take a cue from the students of Iowa State University. In a recent post on the Iowa State Daily website, contributor Mariah Wellman asked a number of students what they would suggest from a suitcase-eye-view.

It’s a consideration you don’t want to avoid until the last minute because it usually means a four-month trip overseas. And since it’s about furthering your academic progress, you don’t want to be worried about running out of the necessities when your mind should be focused on studies.

There’s also the added concern of meeting travel standards and regulations. Since 9/11, airline policies have grown much stricter just in the US, and you not only have to know what is expected from you here, but you also need to be up-to-date on your destination.

In comments to the website, Ashley Schonberg, a senior in apparel, merchandising and design, who studied at the London College of Fashion during the fall 2013 semester, said she didn’t start packing until the day she was leaving town, but she “did prepare in another way.”

“I had attended the study abroad orientation meetings, and they provided us with a lot of helpful information about what we could and couldn’t bring along,” she explained. “I used that information as a guideline.”

Schonberg urged students in consideration of studying abroad to attend “as many orientation and information sessions as possible before leaving” the country. Universities (like Iowa State, for example) rely on former students of the program and the Study Abroad Office to fill in the details.

(We recommend checking with your registrar’s office about how the program is administered on your campus.)

Also, as Schonberg points out, “Don’t be embarrassed to bring a parent or take notes … I was glad I invited my mom to both orientations for my program because she became more emotionally invested in my study abroad experience.”

Katelyn Hall, another senior in apparel, merchandising and design from ISU who studied in Florence, Italy, advised that when packing, you should check restrictions on bags and weight limits.

Hall said that to avoid breaking any restrictions on her packing, she “researched the weather during her time abroad, religious practices and other things that could affect her while staying in Italy.”

“Make sure that you know before you get there what the locals wear,” she added. “For example, in Italy, even in the 80-degree weather, you wouldn’t see an Italian wearing just shorts. As much as it’s just a personal choice, it’s also about religion here in Italy. Many churches and religious sanctuaries require visitors to cover their knees and shoulders.”

Additionally, Hall advised bringing a baggage scale, stating that due to the amount of travel you’ll do while studying abroad, you will need to be in compliance with various “cheap airlines” that have “very strict … weight limits for baggage.”

“Pack as light as you can, because you’ll want to bring a lot of things home, including class projects,” said Schonberg. “I decided to bring only one suitcase as checked luggage and one small backpack as a carry on. I didn’t run into any weight or restriction problems, but it was difficult to choose which items I’d need while I was away. I wish I would have brought a second bag, because I ended up spending more money to replace items than I would have spent checking a second bag.”

Plan On Buying More Clothes During Your Visit

Schonberg explains: “At the beginning of the semester we had outdoor classes, and we would walk around the city of London for two hours in 90 degree heat. At the end of the semester, the same classes were spent walking around outside in 25 degree temperatures … had packed for mild, moderate weather but I ended up needing to purchase clothing for very hot and very cold weather too.”

Schonberg also warned about exorbitant prices on toiletry items, lamenting that she wished she would have “brought anything that could have fit into my checked luggage: shampoo, conditioner, soap, toothpaste, moisturizer, deodorant, etc.”

“I was unable to find a shop that sold those products for less than what I would have paid in the US, and I had to fork out a lot of money my first day there for things I could have easily brought along.”

The Most Helpful Advice

Hall and Schonberg agree that the most helpful advice they could share with those in consideration of studying abroad would be to “research and bring along as many absolute essentials as you are able, while still leaving room for purchases,” wrote Wellman, adding that speaking to a former study-abroad student beforehand is advisable.

For Hall, the voice of experience was her sister. “She told me to pack light rather than packing heavy, because you’re going to need room for all your souvenirs and purchases over the whole semester,” she said. “It was definitely good advice. Also, research, research, research.”

When studying abroad, one should remember that, even though the root word “study” makes up part of the phrase, the education experienced is as much about cultural immersion as it is classroom activities. One cannot learn without living, in other words, and in order to do that, you must be prepared to make your destinations “home” for the four-month term. What to pack is one of the trickiest parts of accomplishing this. As the subjects in Wellman’s piece allude, it’s pretty much impossible to have everything you need at ready disposal. But with research, planning, and a budget, you can make sure your immediate essentials are covered, and that you’re capable of handling any additional expenses as needed.