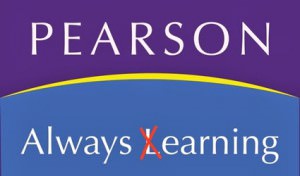 Pearson, the textbook and testing giant, had to eat a large slice of humble pie recently when an angry mom caught a mistake in some of their materials.

Sarah Blaine, a New York-based attorney as well as a mom and former teacher, noticed that one of the math questions her daughter had gotten right was marked wrong. When she brought it to the teacher’s attention, she discovered that the question was marked that way because that’s how Pearson had it in the teacher materials.

More from the original blog post entitled, “Pearson’s wrong answer — and why it matters in the high-stakes testing era.”

“My daughter is fortunate enough to attend an excellent public school and her responsive teacher both sent a note home and called me that afternoon to discuss (I’d scribbled a quick note asking what the deal was along with my required signature on the front of the paper).

It turned out that my daughter had been marked wrong for a very simple reason: the Pearson answer key was wrong.

Let me say that again: Pearson was wrong.

Pearson listed some totally different — and wrong — number as the answer. The teacher had missed it when reviewing the test with the morning class, but in the afternoon class she’d realized the problem. My daughter’s teacher apologized for forgetting to mention it again to the morning class (and for not having previously changed their grades, but to be honest, I really could not care less if my kid scored a 95 percent or 100 percent on a 4th grade in-class math test).

In the olden days, I’d have laughed it off. Once in awhile, the textbook publisher screws up. In the olden days, that screw up was no big deal: it is mildly annoying to those of us who pay the taxes to buy the books, but it’s a pretty minor annoyance in the grand scheme of things.

However, these are not the olden days. The are the days of high-stakes testing. These are the days in which our kids’ high school graduations hinge on tests created by the very same company — Pearson – that messed up the answer to this question.

Tests we parents will never get to see.

Tests we parents will never get to review.

Tests we parents will never get to question.

Presumably, before the enVisions curriculum was published, Pearson checked and rechecked it. Presumably, its editors were well-paid to review problems and answer keys.

After all, Pearson itself describes this math curriculum as:

And yet… it was still dead wrong.

It seems that all of Pearson’s critical foundational research and proven classroom results in the world couldn’t get the question 3 x 7 x 26 correct.

To the uninitiated, I bet I sound nuts.  Who cares, right?  It’s just a question on a math test.  But if we are going to trust this company to get it right on high-stakes tests (where there is no public accountability), then the company better get it right all the time when it is operating within the public eye.  So this isn’t just about a fourth grade math test.  It’s all of the other Pearson-created tests my daughter is scheduled to take: in particular, the new Common Core PARCC tests this spring, which are the ones that come with no public review, and no public accountability.”

Pearson has since responded to the lengthy takedown with an official statement, and I’ve got to say, the company pretty much falls on its sword. But what else could they have done?

“Pearson did make an error on the specific quiz question in a lesson in the Envision Math textbook and we sincerely apologize for this mistake. We corrected the error for future editions of Envision, but failed to adjust the question in editions currently in the field. We owe it to our students and teachers to ensure these types of errors do not happen in the future, and are committed to adapting new protocols to fix mistakes before they happen. Trust in our products and services is key and we have to earn it every day with students, teachers and parents.

As Blaine points out, though, this is one apology that, given the way Pearson does business, may not be good enough.

Blaine continues: “I encourage anyone who finds other mistakes in Pearson materials to take photos of the specific mistakes, and then Tweet them with the hashtag #PearsonsWrongAnswers and/or email them to me at [email protected] so that I can tweet them for you.”

And sure enough, if you plug in that hashtag to Twitter, you will find more than just the isolated mistake Pearson made that Blaine called out.

It does raise concerns about the secretive processes that Pearson is using in composing materials. While I’m sure the vast majority of their work is flawless, you can never fully trust a company that proves, even on occasion, it’s wrong when it’s pretty much guiding so many educational futures and refuses to pull back its own curtain a bit more.

What do you all think of the Pearson mistake heard round the Internet? Is it much ado about nothing, or does Blaine have a great point? Sound off in the comments section.