PSAT Roundup: Cursive Woes And Transitioning To The SAT 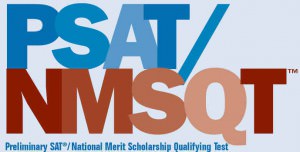 The PSAT could be your ticket to the National Merit Scholarship Program, but it’s important that you start taking notice of it now. To help get the ball rolling, we’ve put together a quick roundup of what’s new with the PSAT. This week we deal with cursive woes and transitioning to the SAT.

With the College Board, you have to expect a certain degree of traditional skills that may or may not still be relevant to the masses. In this case, it’s the irrelevant requirement of cursive. While some would argue that you need to learn cursive in order to sign your name, the world of the 21st Century will have very little room for it. That’s why one teacher would like to have the requirement stricken from the record.

According to WSB-TV, a teacher in Douglas County, Georgia, is ready to say enough. Arnita Johnson, a chemistry teacher at Douglas County High School, fears that the inability to write in proper cursive will pose a problem for many of her otherwise bright and knowledgeable students. The College Board “required students to write a 29-word certification statement in cursive,” the news site notes. When faced with the complaint, they issued this statement.

“As part of pretesting activities, students will copy and sign a short statement acknowledging that they agree to the PSAT/NMSQT test regulations. This is to ensure fairness of the test and validity of the scores for everyone. Students should write in cursive (not print) and sign their statement in pencil. Students who aren’t sure how to write in script should do the best they can. Allow 5–10 minutes for this activity.”

Ms. Johnson isn’t finding any allies at the Georgia Board of Education either. The organization said that “An understanding of cursive allows students to write quickly when it is necessary to write with pen and paper, to hone their fine motor skills and to read historical documents that were written in cursive.”

While that may very well be the case, it is seldom used outside of grade school, and Ms. Johnson has her share of support with her crusade.

“Kudos to her!! At least some teachers still have common sense,” said Bea Kyles on Facebook. Another commenter said she had been “asking since middle school” that the requirement be dropped. “I know so many 11th and 12th graders who do not write it much less read it!”

Still, Johnson was not without her share of detractors either, some pointing out that it’s not just about writing, it’s also about developing fine motor skills.

“Cursive writing should never be taken away,” writes another Facebook commenter. “We all have grown up learning this skill. Taking it away is basically making kids more dependent on technology and not even practice writing in general.”

Transitioning to the SAT

Many students believe that by taking the PSAT early in their high school careers, they will be fully prepared to take the SAT when the time comes. While there is nothing wrong with stepping up and taking the PSAT — it could even land you a scholarship — your training should not end there. You have to know how the test differs from the SAT so you can be aware of which gaps to fill. In a recent piece on the topic, the website Answers shares the following points: 1) The SAT is a longer test; 2) It heaps on more content that you need to be prepared for; and 3) time management becomes crucial to making the jump.

On the time difference, Answers notes that the PSAT to SAT time jump is at least two hours, especially after the SAT redesign. “Be prepared for this longer period of testing, because it can be mentally strenuous,” the site urges. “The testing period includes breaks, so try to bring some snacks to keep your energy up. Use your break to decompress and to prepare for the next portion of the test. The majority of students aren’t used to this longer testing period, so do whatever you can to mentally prepare. Talking to a teacher, tutor, or even an older student about strategies for tackling a longer test can also put your mind at ease.”

For more from the site, check out their advice here.

And as a bonus for this PSAT Roundup, we would like to point you in the direction of this L.A. Times piece that shows what teens are tweeting about the newly redesigned PSAT. Good stuff, especially if you’re needing the laugh!

When you spend $45 on water and cookies #psat pic.twitter.com/1EcLZxUi4s

What do you think about the PSAT? Have you taken it yet? Sound off with your comments and questions below!