How Being Smart Can Make You Lazy 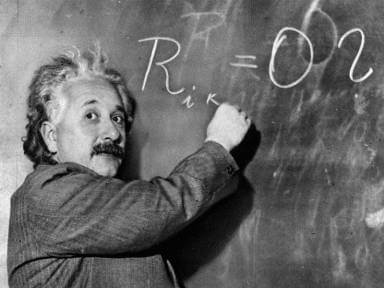 There isn’t any doubt that some people get good grades because they’re highly intelligent and others get there through hard work and determination. Ideally you want to have a little bit of both, but what you might find surprising is that sometimes too much intelligence can negatively affect your studies because you get too lazy doing the things you need to do to rise to future challenges that may be beyond the norm. This was an issue for some of the geniuses of reddit. They shared their eye-opening stories in this thread. Here were some of the best responses.

1. “I coasted through elementary, middle and high school, putting almost zero effort in. This has come to bite me in the a** now in college, because I’ve never cultivated any study habits or work ethic. Plus, my short term memory, when studying for open-ended questions and having to explain a concept and memorize definitions, sucks a**. So basically, it’s hindered me in my ability to acquire skills that most of my classmates have. Now I’m playing catch-up to them.”

2. “I was never described as ‘gifted’ but I never put any effort in because I was smart enough without trying. I’m now at uni and I’m lazy … and don’t really know how to study.”

4. “For what it’s worth, I feel that most high schools are not challenging enough to prepare a student for college, so a lot of freshman get owned in college. … The realization these people should have is that smart people realize college is hard and requires studying (unless you are actually THAT smart, which is rare). Studying efficiently requires time management, which I suspect most redditors lack. It usually turns out alright, because people usually learn to suck less and get their s*** together at some point.”

5. “I have to admit, I was kind of like this in my early stage of college. I was also one of those ‘I’m too smart to study for this garbage’ people. Then I got my grades for my first semester. … It was a humbling experience. I mean, I’m still in a pretty … hard STEM major graduate program and I generally pull off B+’s or better, but … it was such a blow to my ego when I went from Straight-A’s to B and B+ averages. Not even all the AP classes I took could have prepared me for the difficulty-level.”

6. “I feel like I had no problems getting easy B’s and A’s in elementary without trying too hard. I didn’t really get much of a taste for work ethic or a knack for studying, and now in high school I feel like I have to play catch up a bit. … Is it my fault? Quite possibly. What matters is that I have to … deal with it, and no amount of b****ing is going to change that.”

7. “Studying is about not only regimenting yourself, but also an understanding of how you absorb material in the best possible ways. It’s about knowing your strengths and weaknesses; it’s about really knowing yourself. And, it’s difficult to really cultivate this skill unless you have met an obstacle that actually challenges you. … It’s not out of conception that the aforementioned K-12 schooling in many areas would not challenge a non-gifted student. It’s also possible that student did well enough to get into something such as engineering, math, etc.”

9. “I think another problem is that people equate being good at standardized tests with being intelligent, as that’s typically what gets you into an early gifted program, what counts toward national merit, what gets you into a good school etc. … I’m pretty good at these tests and always took it as a sign that I was the most intelligent, until one of my friends moved away and I corresponded with him solely via email. … The depth with which he wrote about everyday life and his emotional intelligence made me realize that my ‘intelligence’ was largely valueless and his actually had a power to it.”

10. “This jerk is one my younger self can totally relate to. I’m so great and smart why doesn’t everyone just bow down. I went through middle school and high school with no problems learning anything and all my teachers telling me how bright and gifted I was. I ended up dropping out of high school due to other stupid issues, but I thought ‘Hey I’m gifted the world will just roll over for me.’ Jump to several years later I’m just some … high school dropout working at Target. I finally figured out the world doesn’t owe me … just because some people called me gifted. If anything I owe it to the world to try and become a more productive member of society. So now I’m in college and you know what I do when I don’t understand something? I don’t b**** that I never learned proper study habits. I re-read the text or I ask my classmates or I use google. Studying is not that hard even if you’re lazy, you just gotta put some time into it.”

11. “If you’re smart you can do just well enough for most of your life, but when something goes wrong and life suddenly requires that you start working … or you decide that you want to actually achieve something, the idea of work can seem a little alien.”

The important thing to draw from these comments is that there are no guarantees in life, no matter how smart you think you are or you’re proven to be. “Making it” in the world is about what you put in to it as much as it is what you’re born with, and by committing to hard work, you can rise to levels that some naturally intelligent people will never be able to comprehend. Good luck!