Teachers Should Teach With Movies More Than They Do, Columnist Says 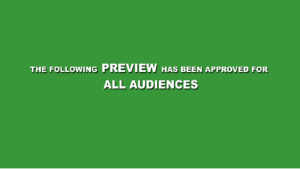 Columnist Joe Mathews, whose Connecting California column is seen in Zócalo Public Square, recently penned an op-ed for SF Gate, where he poised an interesting challenge for the state’s teachers: teach with movies in class.

“As our state considers new frameworks for how history and social science are taught, now is the time to incorporate that signature California art — film — into classes at every grade level. Movies should be placed at the center of our efforts to teach history — especially the history of California,” Mathews wrote, adding that “As someone whose life revolves around dealing with young Californians — as father, coach, and journalistic colleague of several Millennials with fancy college degrees — I’m struck by how little they know of films, and thus of California’s history.”

It is Mathews position that film used to bring people together, and now it seems to divide. Younger generations have difficulty pointing out references from films that used to be common knowledge. “Go ahead, make my day,” isn’t as easily recognizable as it used to be, nor is the term “Rosebud,” Mathews attests.

He has a point when it comes to the call to teach with movies. They really should be better known. While Mathews takes a localized approach to his reasoning — the fact that so much of California’s history revolves around the film industry — I don’t believe his request would benefit just that one state alone.

Why’s that, you may be asking? For the following reasons:

Film and television are, today, the most widely known expressions of the Arts.

There are still many worthwhile forms of arts out there — paintings, stage plays, books, poetry, graphic novels — but film and television are closest to the heartbeat of modern society. You see it at the Movies, on Netflix and YouTube — they often reflect what is seen in society, and society in turn reflects what is seen on the screen. Should something so influential have no place as a learning tool for the masses? The truth is, there are some valuable lesson plans in film and television. So many that Teach With Movies has been able to pinpoint 425 films that are standards-appropriate across many disciplines. That’s nothing to sneeze at considering that you usually won’t find but around 300 movies on HBO at a time.

Teach with Movies opportunities are not restricted to the Arts.

From the earliest motion pictures, there were special effects that took planning, engineering, and physics to pull off convincingly. Today, computers are the primary tools. In fact, there are so many non-acting or “arty” roles connected to a movie that it might be more convincing to argue that film today is more about technology than the humanities. Perhaps that’s going too far, but the next time you make it to the end of a film, stick around and watch the end credits. You’ll be blown away by how outnumbered the actors, writers, makeup artists, and director are by the technical crew. This gives teachers outside of English and history a chance to teach through movies. For example, you could take a special effect from the film and determine how possible and what set of circumstances would have to be in place for that to happen in reality. You could dissect a film’s visual dynamics or try to recreate the sound engineering or design and build a set replica. All are fun ways to get your less arty students on board with learning through film.

Film and TV have a lot of California history behind them, but they also offer history lessons for other parts of the country and world.

This particular fact occurred to me the other day on social media when I came across an article entitled, “The most popular movie set in every state” from Business Insider. While a history teacher may not be able to find the most classroom-appropriate examples on that list, they could tweak it for young audiences by selecting other films set in-state that lack some of the mature content found there. Think of the lessons you could mine from that, teachers. Geography lessons regarding the production set versus the fictional movie universe; technical steps to getting permitting for a film; how staff scouts locations; if the film is historical, a reality versus fiction comparison; connections that certain actors may have to your area. The list of possibilities is virtually limitless — or at least limited by your own imagination. In the process, you could make a topic previously inaccessible to your students come alive.

Teach with Movies opportunities do not have to be superficial.

As you can see from the above examples, teaching and learning with film does not have to be a waste of time. It’s all about making connections between the film and the material you are trying to teach. Consider that the next time that you sit down to work out a lesson plan.

As for you teachers, who have tried it, what are some of the positives and the negatives of going there? Do you feel like there is a net-positive effect to bringing film into your classroom? Sound off in the comments section below.