The More Things Change: 10 Things That Would Never Fly In Today’s Public Schools 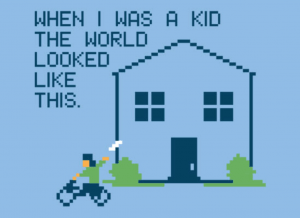 The more things change, the more they stay the same, the old saying goes. Well, we’re about to present you with evidence that refutes this point entirely, at least as it goes with the public school experience. A reddit thread posed this question to other redditors: What is something you remember happening in school that could NEVER happen today? Here were some of the amazing responses.

1. “In Kindergarten I got married. Apparently myself and another girl in class were really into each other and everyone thought it was very cute. One day I gave the girl a ring that my neighbor gave me and my teacher decided right there and then that the class would have a mock wedding the next day. It wasn’t good enough to put on some pretend clothes, pull a table out, and do it right then. No, we had to plan the event a day in advance and assign roles to every child in the class from usher to keyboard player. Classic. On my wedding day, we exchanged vows and even a kiss. There was also a reception after, during which my best friend decided he no longer wanted to be an usher and transformed into a dog begging for scraps at the table. I’m realizing how absurd this situation is as I’m typing this. I’d also like to add that I never got a divorce, so technically I’m still married to this chick. This is all happened in a public school in Connecticut in 1990 by the way.”

2. “When my grandfather was 16 he drove his school bus. One day as he was pulling out of the school at the end of the day, the brakes went out on the bus. He just said ‘[expletive] it’ and drove his route anyway, doing his best to roll to a stop as near to his stops’ houses as possible.”

3. “My father went to the same high school I did. One day I was helping a teacher bring up supplies from the basement and noticed there were really long alleyways in the basement. (Teacher had no idea what they were.) My father told me it was the old rifle range. They had clubs where you could bring in your rifle and practice shooting during your free period or after school with the Principal.”

4. “I graduated high school in 1986. In one of our drama classes, we had a lesson on using a fake gun and had to create a scene where someone was shot. We used starter pistols with caps that looked like a regular .38. So, in the middle of the day you had high school kids waving around and shooting starter pistols and getting graded on it. Somewhat related, we were doing a talent show and my character was a crazy guy who loved guns and knives. I had one of the starter pistols and a real butterfly knife that I would swing open and hold it up to my head. The local newspaper used a photo of that to promote the show.”

5. “On the last day of school in Grade 9 – last day of junior high – my friends and I took our principal ‘hostage’ with water bombs and squirt guns. We tied him to an office chair with an electrical cord and wheeled him up and down the halls. We called the school board and demanded ransom of ice cream sandwiches. After two hours of this, they gave in and we got our sandwiches. We released the principal – I think he got an ice cream, too. It was all in good fun. We were the ‘good kids’, and everyone including the principal was laughing along with us. But this was 1985. I seriously doubt this would go over so well [today].”

6. “When my dad was in elementary school, as a reward for being good, students were allowed to play with mercury with their bare hands.”

7. “In 1st grade I got in trouble for talking too much. At one point, my teacher threatened to sew my lips shut and even had me come up to her desk where she pulled out a little sewing kit and made me pick what color thread I wanted her to use. I’m 41 years old and that is one of a very few things I remember from grade school.”

8. “My father told me how they would settle fights in his high school. He graduated in ’77. He told me that if two guys were fighting, the coaches would take them to the gym, give them boxing gloves, and let them fight it out. The winner got 1 pop (lick, hit, etc.), the loser got 2. That’s how they let them get their aggression out and they still both got punished. This is Texas in the 70’s mind you.”

10. “In 8th grade, a friend won the Halloween costume contest by wearing a trench coat and underneath it, having candles strapped and a clock (with various wires) strapped to his chest, and went as a suicide bomber. Looking back, I can’t imagine what would happen if someone tried that now.”

So what about you, readers? Do you know of any things that were allowed back then that would never fly today — either your own stories or those of your older relatives? Sound off in the comments section!