Tupac Shakur On Education: An Important Lesson On Context 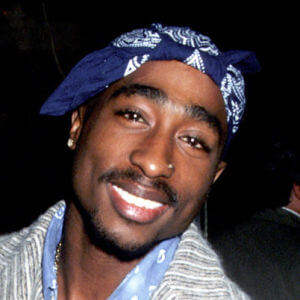 Tupac Shakur certainly earned his stellar reputation as a rap genius, but he also had a thing or two to say about education back when he was 17 years old. This turned up on Twitter the other day, and I found it fascinating because, while crude, it’s a perfect representation of how advanced and complex the teenage mind is, and how eager it is for knowledge. In the text you’re about to read, the rap legend discusses all the holes that have yet to be filled by the public education system. We’ll talk in a bit regarding why these holes exist, but for now, here is the rant, all in the words of Tupac Shakur.

Now keep in mind that Tupac Shakur reportedly said these things when he was 17 years old. It’s not known how much of his worldview had changed by the time that he was 25. Psychologists say that by the time we turn 25, we are pretty much the people we are going to be. Our core beliefs and views are set in stone, and any new perspective that we embrace generally derives from that 25-year-old. Therefore, Tupac may have found many more “classes” to add to his education system, or he may have come to understand that much of what he was seeking when he said these things as a young 17-year-old were already being taught in school; it was just he who needed to perk up his ears and listen a bit better.

While I definitely find some holes in Tupac’s tirade, there are also some wonderfully enlightening points that demonstrate what teenagers and young twenty somethings are looking for when they step into a classroom at the high school or college levels. Let’s take each point, shall we?

Tupac Shakur seemed to have a “why do we need this” disdain for the so-called “3 R’s.” More than anything it appeared to be the repetition that frustrated him. But here’s the thing about this complaint: reading, writing, and arithmetic are the three things that you’re going to need no matter what in life. Doesn’t matter if you’re an English teacher or a mechanical engineer. You have to be able to read and understand information. You have to be able to write clearly because it’s an extension of your ability to communicate. You don’t have to be Stephen King, but you should be able to give instruction, express your thoughts and opinions, and demonstrate your on-the-job effectiveness. All of this requires strong communication skills. As for arithmetic, unless you can find a way to live and get by without the use of money or other numbers in general, it’s a necessity. The reason you’re always being taught reading, writing, and arithmetic, is because you need mastery over it, and to achieve that, you must be able to improve in both your grasping of the information and the level of difficulty that each area presents. If not, then how do you expect to be significant and competitive in the modern world? Until you can demonstrate efficacy in each area, you’ll need teachers and learning resources to show you the way.

Here, Tupac laments that there isn’t a “class on drugs” or a “class on sex education (REAL sex education)” or a “class on scams” or a “class on religious cults.” I’m not entirely opposed to this section of the tirade because the gist of what he’s saying is right. School needs to be able to prepare you for the world you’re about to enter. That’s why I’m such a big fan of financial literacy classes and, yes, sex education, although the classes we have don’t use “illogical terms.” They use scientific terms because that’s what body parts and sexual acts are called. Not sure if he’s wanting sex ed to be taught with the inappropriate, immature lingo of slang, but at some point, you have to actually rise to expectations rather than having the material brought down to you. That being said, I think schools more often than not do a fine job of helping students understand the repercussions and responsibilities of sexual behavior.

To the broader “class on everything” point, I think that Tupac’s thoughts show a young man yearning for knowledge that he should be getting from home and for some reason, isn’t. If this is, in fact, what 17-year-olds are looking for, then let’s hope that educators can find a way. However — and this is something that politicians are hesitant to put in practice — it’s really a PARENT’S responsibility to teach their kids these detailed and variant life lessons. School is a place of knowledge that prepares you to be able to work and compete globally. That is priority one. Everything else is icing.

Important But Not Required

Last but not least, there is the section on language. Tupac Shakur felt that English should be “what they’re teaching” — and they are, it’s a requirement for every public education system in the U.S., though not every student applies themselves to it or listens. He also felt that foreign languages — French, Spanish, and German — were important but “shouldn’t be required” because “When am I going to Germany?”

Keep in mind that Tupac reportedly wrote these things when he was 17. He died a very young man at the age of 25 in 1996, so a heavy dose of context is required when breaking this down. If the numbers are correct, Shakur put these words to paper in 1988. I didn’t lay eyes on the Internet or a computer that was worth anything until around 1997. When he said this, learning other languages really didn’t seem that important because we’d yet to become a globally competitive world. Obviously, life today is much different. Technology has given us all the ability to work remotely. As a result, we really might be competing with people from across the pond for jobs right here in the U.S. Similarly, a German person might be in competition with an American if the American can speak German. Not learning another language means you’re limiting yourself to just U.S. culture, and most of the people you will be competing with five, 10, or 20 years down the road, won’t be taking the same approach. They’ll be learning English in addition to their native tongue because it makes more sense from a jobs and economy perspective to do so.

Why Are We Ripping On Tupac?

Some of you may be looking at this post as a rant against Tupac Shakur, but I assure you it’s not. He was a master at what he did, and he no doubt knew the value of working hard on something you’re passionate about. In that sense, I hope you all find some field in which you can emulate that passion.

But he was also a 17-year-old kid at one time with a lot of ideas about education. When we revere people who are experts at their craft, we tend to forget about things like context.

The excerpt above was posted to Twitter by one of our followers, and it’s important to remember that not every word of it is necessarily true or applicable or in any way a semblance of how you should live your life.

It is refreshing, however, that Tupac Shakur, or any 17-year-old can look at his/her world and think about the areas where their needs aren’t being met. To that point, Tupac’s “rant” is an encouraging one. It’s a young man looking at his schooling, his upbringing, and his environment, and saying, “I want to learn, but I also want to know why what I’m learning is so important, because this is where I’m at, and no one has given me a rulebook for how I deal with it.”

So if you see this Tupac quote show up on Facebook or Twitter or wherever, and you like it, share away. But also understand that not every person you revere is “right” about what they have to say. Look at what is being said here and ask yourself the question: “What do I really NEED from my education?”

When you can answer that, you’re well on your way to becoming successful. Though his life was cut short, no one can say Tupac Shakur was unsuccessful at what he did. To that end, it worked for him.