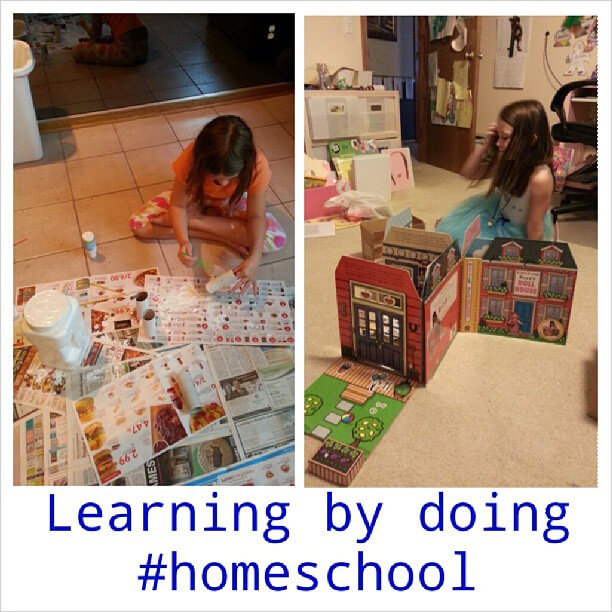 As a parent-to-be, I’m as terrified about the idea of sending my child to public schools as I am about changing that first diaper. Probably more so. No, definitely more so. Not only does it seem there are more and more school shootings, but there are countless stories across the web about how poorly schools are preparing students for the world of tomorrow. While there are always some diamonds in the rough, my own observations where I live have given me pause to consider the homeschool option.

Growing up in a small town, homeschool wasn’t something we saw a lot. There was little crime and everyone pretty much towed the cultural and religious lines of the community whether in class or out in the world. Teachers and school systems seemed to be doing a lot more teaching and a lot less raising in those days. That no longer appears to be the case. That and these 10 additional reasons are why homeschooling appears more and more attractive.

With public schools, your children are pretty much taught at the same pace of every other kid, even if they’re way ahead of the pack. Working one-on-one with your kid, it’s possible to determine where they are in their understanding and go at the exact pace needed to maximize their comprehension.

The rules of school are pretty rigid when it comes to optimum learning time, and all indications are that they’re using a schedule known to be flawed. As a homeschool parent, you can decide to start at nine or ten A.M. instead of the standard 8-to-5 routine, and move faster since your child’s brain will be more susceptible to picking up new concepts and improving on existing ones during that period.

Traditional public schools have let too many threats into their hallways, and that places an impressionable child in a more difficult position when they’re faced with doing bad things just because everyone else is. While parental training can lead to that child making the right decision, it’s important to note that all kids make mistakes, and it’s easier for that to happen when they’re worn down day after day. By teaching your child in an adult-driven environment, they are far more likely to adopt positive characteristics instead of giving in to the negative ones when they do finally “fly solo.”

Four: Freedom of (or from) religion

As long as no direct physical harm is coming to someone else as a result, parents have the right to instill whatever values they want into their children, and that’s the way it should be. If you want to raise your child as a Christian, a Muslim, a Hindu, or as Jewish, well, that’s one of the major reasons this country was founded. It also means that you have the right to raise your child as an atheist. Parents are entrusted with their care from the moment of birth — that’s physical, mental, emotional, and spiritual. It shouldn’t be something left for schools to decide, but numerous times, school administrations overstep their bounds. With homeschool, a parent has more freedom to control what their children are exposed to.

Homeschool children tend to be closer to their parents and siblings than non-homeschoolers. This only stands to reason since the motivation behind this step to begin with is out of love. Rearranging one’s life to ensure that a child has the tools and training you believe they should have — while keeping pace with current educational standards — isn’t easy. When a parent is willing to go this route rather than simply let the state handle it, that’s a deep sign of commitment that yields strong familial bonds over the long haul.

As much work as homeschooling is, it can actually provide a sense of stability if you lead a hectic life. (Think families in the military or those that have to travel for extended periods of time as part of employment.) If a child knows that learning goes on despite life’s various changes, that will keep him centered and on track.

Schools may be tasked with preparing children for the future, but they’re also institutions with time limit requirements placed upon them. It’s why snow days have to be made up, why school starts and ends at the same time each day, etc. While routines are healthy, they can (and do) present roadblocks to educational progress, producing a lot of “teaching” and “learning” that simply doesn’t matter. Busy work, in other words. With homeschool, parents and children can maintain a laser-focus because they’re not locked in to all of a school’s time mandates. And that leads to…

When homeschool is done right, students can accomplish the same amount of learning in four or five hours than public ed students do in eight. That’s because you don’t have to deal with the myriad distractions and delays that often plague the public school schedule.

Ten: Homeschool students can be better equipped with the professional and social aspects of a successful life

If homeschool students are taught by adults how to act personally and professionally, they’re learning a much more valuable lesson than they ever would while inundated by peer pressure and agenda-driven administrations. While the practice still demands great care and even more personal responsibility from the parent, parents have a chance to ensure that their young loved ones have the tools necessary to make it in society.

While homeschool may not be the best option for every occasion, it’s easy to see why more parents are choosing it as a means for educating their children. Do you think homeschool is more effective than public schools? And if you are the product of homeschooling, what would you say some of the key advantages and disadvantages were to your experience? Share your thoughts in our comments section below.