16 Pearls Of Wisdom From The Humans Of New York

If you’ve never checked out the Humans of New York Facebook page, then you’re missing out on some of the most thought-provoking stories, images, and wisdom that the world has to offer. Sure, famous quotes from famous people can be insightful, but they’re just sound bites from individuals you’ll probably never have much in common with. The Humans of New York, however, are you and me. They’re people living life in all its joy, difficulty, and sorrow. These are the pearls of wisdom they have to share. 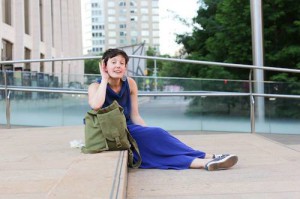 On The Fragility Of Health And Life

1. “I had cancer when I was sixteen. But honestly, it was so long ago that it’s almost like it happened to a different person. It doesn’t color my interactions or anything. But I’m a dancer, and I do think it’s affected my dancing. There’s this interesting tension between training and striving to control every movement of your body, and realizing that at any moment, your body can rebel against itself in a way that’s completely out of your control.” 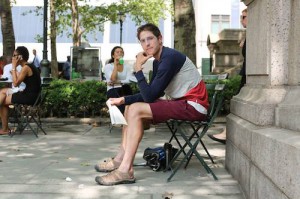 On Giving Others The Benefit Of The Doubt

2. “She was filled with regret before she died. She felt like she’d failed us as a mother tremendously.”
“Did she say something to you about it?”
“She never said anything, so I don’t have any tangible proof that she had regrets. But she had a very bad substance abuse problem. And I know she always wanted to be a good mother. So I separate my mom from her disease. I always imagine that my mom and an alcoholic were living in the same body. And I know that my mom loved us. And that she hated the alcoholic.” 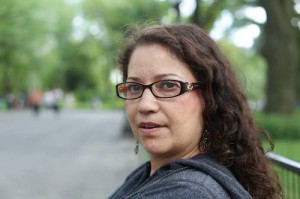 On Living With Regret

3. “My younger brother killed himself when he was sixteen. He found my Dad’s old gun in the ceiling panels of the office. The strange thing is, when he came home from school that day, my grandmother was cooking in the kitchen, and he asked her to make him a plate. Then before she could finish, he was dead. So we wonder, maybe he was just playing with the gun and it accidentally went off. There wasn’t a note or anything. My biggest regret is that he’d recently asked me for money to sign up for Tae Kwon Do lessons. And I always gave him money when he asked. But this time I didn’t, because I was newly married and we were pinching pennies. I always wonder if he’d have learned something in those lessons that would have changed his view of life.” 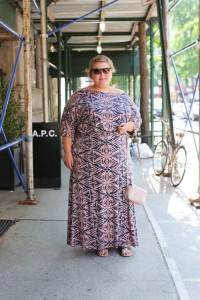 4. “People waste way too much energy taking things personally. That Facebook post is probably not about you. It was probably an accident that you weren’t tagged in that picture. And the person you’re dating is probably acting sad because that’s how they respond to setbacks at work, not because of anything you did.” 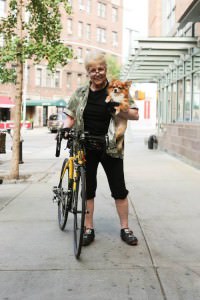 5. “The economy’s tough. They say that to stay relevant in the job market, you’re supposed to reinvent yourself every five years. What the hell is that supposed to mean? I haven’t invented myself once!” 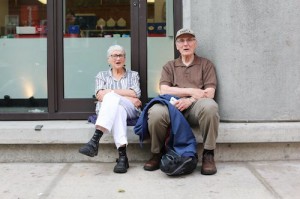 On Not Doing It Alone

6. “We depend on each other more than we used to.” 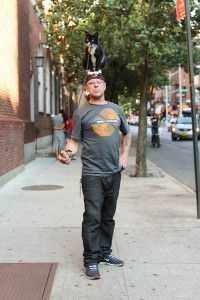 On Standing Out From The Crowd 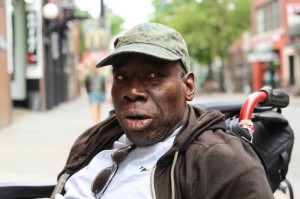 8. “My grandmother always told me: ‘It doesn’t matter if you’re crippled, blind, or crazy. All this world cares about is how you survive. As long as you don’t do drugs or go to jail, you’re gonna be fine.’”
“What do you mean by: ‘The world only cares about how you survive?’”
“The only thing people care about is if you’re working, and if you’re paying your taxes. I worked for the city for six years. During the time that I was working, I was Mr. Matthew Phillips. The moment that I wasn’t able to work anymore, I became a social security number.’” 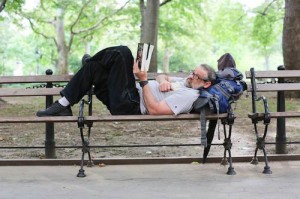 9. “What’s your largest remaining goal in life?”
“I’m just a tourist in this world. I’m not trying to affect anything.” 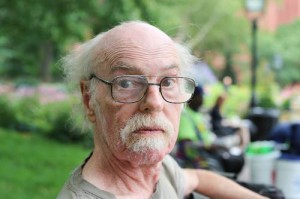 10. “One of the magical things about theater is that it gathers a crowd of people in a quiet space, and each member of the audience gets to see how people respond differently to the different things being said on stage. The person next to you will laugh at something that you’d never think of laughing at, and you’ll get a glimpse into all the different ways of viewing the world. Unfortunately, so much theater today is less nuanced. It gives you a large dose of one way of thinking, in hopes of getting as many of the same type of people into the theater as possible.” 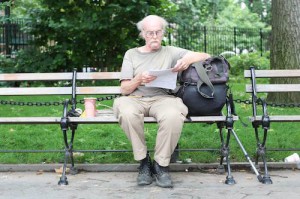 11. “I’m writing a play about the nature of truth, and how difficult it is to convey the truth when everybody is speaking a different language. For example, the word ‘terrorist’ and the word ‘freedom fighter’ are used to refer to the exact same people at the exact same time. With everyone speaking differently, truth is almost impossible to agree upon. Yet believing in the existence of truth is the only thing that keeps us from devolving into tribal warfare. Because without the existence of truth, the person who is most powerful becomes the person who is right.” 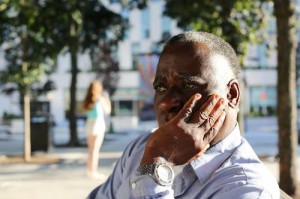 On The Meaning Of Home

12. “I grew up in a small village in Liberia. Everyone was like family. I left when I was 19 to study in France. While I was gone, the civil war came, and everyone in the village fled. Suddenly I had nowhere to go home to.” 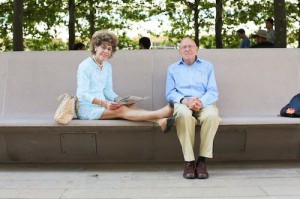 13. “I didn’t know a thing about contemporary art before I met her.” 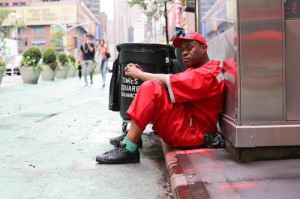 14. “In my heart of hearts, I wanted to do the right thing, but selling drugs was easy. Everyone was doing it. I mean, I’m not using that as an excuse, I made my own decisions. But I grew up around these Robin Hood figures who would sell drugs, then buy supplies for kids who were going back to school, or pay rent for an old woman who was about to get evicted. All my friends were doing it. It almost seemed fashionable. I never felt proud of it. I always thought I’d transition to a job with the Transit Authority, or a job like this– something I’d feel good about, but instead I transitioned to jail. I did six years. When I got out, it was tempting to go back to the easy money, because everyone around me was still doing it, and I couldn’t get a job. But luckily I found an agency that helps ex-cons, because there aren’t many companies looking to give people a second chance. I’ve had this job for a few years now. You know what product I’m selling now? Myself. Everyone around here is my client. Times Square is a drug to these people. And I’m picking up all the trash so that they can have the full Times Square experience.” 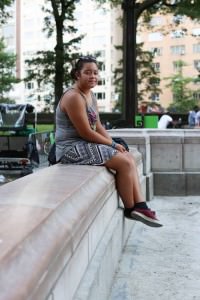 On Counting Your Blessings 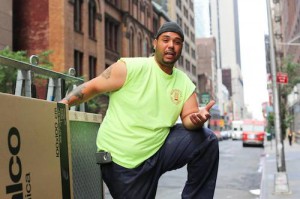 16. “If it wasn’t for this job, I’d still be on heroin. A few years ago, one of my bosses came to me, and he said: ‘You’re approaching a crossroads in life, and pretty soon there will be no turning back.’ Then he told me: ‘Go to rehab right now. And your job waiting for you when you get back.'”
“What was the boss’s name?”
“Robert DelPrete.”

You never know what pearls of wisdom can be found from everyday people. Take the time to get to know someone this summer. Be a friend, be a confidante, or just be a good listener/eavesdropper. You could just find the pearl of wisdom that changes you life.

[All Images via Humans Of New York]