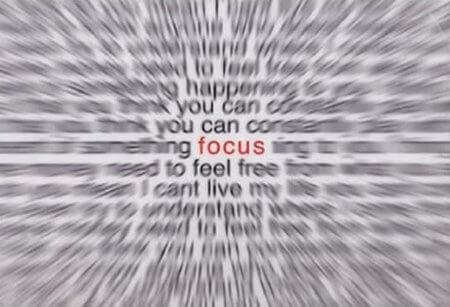 There are a lot of individual study tips out there that you can learn from, but they do you little good if you have difficulty sitting down and getting started in the first place. Like a runner I spoke to once said, “The hardest part of running five miles is putting on your shoes.” We’ve turned to a number of study gurus for help in learning how to cut off the distraction and get going with a more focused study plan. In the following article, we’ll go over what they had to say. But first, let’s start the ball rolling with one of our own:

In November, I purchased the Apple iPad Air. Best $500 ever spent. The productivity apps alone make the acquisition worth it. Some of the most recent apps that have found their way into my research and productivity routine include 30/30, Unstuck, and Wunderlist.

A bit about each one and how it can help with your study habits:

Binary Hammer is the development team behind this easy-to-use timer. How could a timer be important? Why not just set the one that comes on the iPad itself? Well, for starters, 30/30 is Free, so there’s absolutely nothing to lose. Secondly, it has an attractive design that works seamlessly in the background while you do other things. Thirdly, it allows you to set up individual tasks and adjust how much time you want to spend on each. Fourthly, you can schedule brief breaks in between each task to give yourself a reward, but also a kick in the pants to get back in your seat and get going before the day gets away from you. Finally, the act of setting it up properly will enable you to get a clear understanding of the things you need to do, specifically. Rather than just say, “Okay, I need to study math for 2 hours,” you can break it down by each area of math that will be on your exam, helping you to stay more focused throughout the study process.

When I first picked up Unstuck, I was skeptical. It seemed like a real waste of time, but being a productivity app junkie, I was able to shut that inner cynic up for the 10 minutes it took to set things up. Boy am I glad I did! After just 10 minutes of setting up my account and answering questions, a meaty, free report popped out describing me as a “Tunnel Visionary.” I knew my mind wandered while doing work from time to time, but I didn’t realize the specifics of how and why until walking through the process. Not only did Unstuck define me to a tee, it offered practical suggestions for how to overcome the issues.

Forgive me if I’ve rambled on about Wunderlist before, but it really is worth multiple mentions. With Wunderlist, it’s easy to set reminders for bills, assignments, test study schedules, and even Christmas lists. There is absolutely nothing that limits you as far as the types of lists you create. In my day-to-day life, I have about 11 clients, so it can be tough staying on track. Without Wunderlist, I’d probably be broke and aimlessly filling out job applications. With it, I’m able to keep a lot of folks happy who would otherwise be ready to strangle me. As a student, Wunderlist is a practical way to create lists for each class or exam section (or both) and further breakdown the individual tasks that you need to accomplish in order to move forward with a viable study plan.

Now as for the rest of our study tips for staying focused, here’s Balaji Viswanathan and Lisa Galarneau.

“For me, I have weaned away from smartphones and have gone back to dumb phones,” he explained. “I have realized that between my phone and I, only one of us could be smart. Phones are useful for urgent communication, but smartphones also make us ADHD with constant notifications.”

For Viswanathan, the same can be said for Facebook and Twitter. “They force us to be on ‘realtime’ and hinder with our thought process that requires careful deliberation and assimilation of new content. So, quit them.”

Viswanathan also urges students to “avoid the temptation of opening emails more than twice a day” and to “take a break constantly,” noting that the “human mind wanders off in about 40 minutes of intense mind work.”

“Take it in steps. Try to concentrate for 10 minutes at a stretch and keep increasing it,” he added.

Last but not least, “Find quieter places to study. When we were studying NP-Completeness in grad school (among the hardest courses I have ever had), my study partner and I would find the various nook and corner of the university to study without being disturbed by any of our friends.”

“Allocate specific blocks of time in the day, where you will disconnect from the rest of the world.”

3. Tend To Your Environment.

Freelancer Lisa Galarneau admitted that her undergraduate study ritual was a little odd, but explained that “I’d pick days out to study and before I started I would clean the house top to bottom,” adding that it “helped minimize the distractions and made the experience more pleasant.”

“I also studied a lot in cafes and coffee shops — nothing with me but the textbooks and notes so I had to focus on them.”

If you’re stuck getting started on your studies — whether it’s for a class or an exam — there are multiple avenues available to you for finding your way out of the rut. What works for one may not necessarily work for another, but the important thing is that you’re being proactive. Experiment however long it takes to find the right tools and practices that solve your problems, and you could soon be acing that exam or pushing through for a successful spring semester. Best of luck as you work out the kinks!