7 Predictions For The Future Of Education 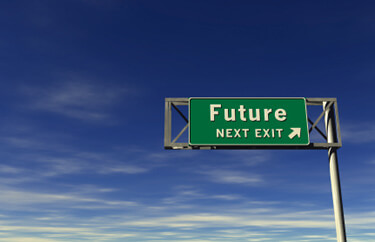 The future of education is either incredibly bleak or unbelievably optimistic depending on whom you’re talking to at the time. While some see education as an overly expensive wasteland with no real return on investment (ROI), others believe it holds limitless possibilities, especially as technology continues to redefine how we think about the classroom. We’ve looked at the terrain ourselves, and while we’re hesitant to come down too strongly on either side of the fence, we have put together our own list of predictions for where secondary and post secondary education are headed. Here goes!

The winter storms this year have brought about a creative solution in some school districts regarding how to avoid lots of makeup days at the end of the year. Instead of giving students the opportunity to roll over and go back to sleep, some schools are starting to harness the power of technology to ensure class moves ahead in a virtual environment. While we certainly loved our snow days growing up and hate the idea of not getting an occasional break thanks to the weather, these bonus vacation days can get excessive when a winter is particularly harsh. As online classrooms become more mainstream, there is little reason to act like bad weather impairs one from walking to a home computer or taking out a laptop and logging on. We can envision a day when an electricity outage is the only reasonable excuse for not “showing up” on a snowy day.

The case for year-round school is a pretty strong one, and while it may sound like a horrible, hate-children idea on the surface, it would likely be preferred once students got used to it. For starters, it would better position said students to succeed later in life by allowing for more quality time inside the classroom. Furthermore, school days would likely be structured in ways that offered more breaks throughout the year and shorter chunks of school at one time. Say a school decided to go six weeks with a one-week break. After seven passes, you’re looking at 42 weeks instead of the 36 found in a typical school year. That’s six more weeks of studies, but students are much less likely to hit burnout because they’re getting a whole week off after just 30 class days. Throw in an extra three weeks for the holidays, and you’ve got 10 weeks completely off. (More than you’ll get in most jobs.)

Best of all, the student’s mind is likely to stay sharp all year long. In the current system, there’s usually some mental atrophy that teachers have to work through on those first days back from a three month break.

School shootings remain a safety concern for parents following the attacks in Newtown, Connecticut. Couple that with the bullying and the general consensus that public education is heading down the wrong track, and it’s easy to see why more parents are looking in to home schooling. Expect that to continue, especially as young parents decide they want to protect their children from all the hazards they faced growing up. In some parts of the country, there is also a majority feeling that school is trying too hard to dictate beliefs that are better left for parents to teach. (Religion, sex education, etc.)

What does the Patient Protection and Affordable Care Act (PPACA aka Obamacare) have to do with education? Quite a bit, actually. With more than 30 states depending on the federal government to run healthcare exchanges, the law has heavily increased federal participation in each of the 50 states throughout the country. It sets a precedent for action in the education sector — for better or worse — that is undeniable. If the federal government can implement and manage PPACA successfully, it could set the stage for getting something done with America’s declining global role in education. If it is a failure that collapses under its own weight, then you could definitely see a reverberation throughout the US that leads to more state leadership and less federal.

Laxer barrier to entry for teachers

There is a lot of talk — particularly among politicians — about what to do to get more qualified teachers in the classroom. The reality: all those efforts have resulted in running off great, highly qualified teachers, who are sick of dealing with the bureaucracy and the lack of parental accountability. If we continue on the same path, things will only get worse than they are now, putting the educational careers (and in rare cases, even the lives and safety) of children in danger. The US has hit a point now where it could benefit from laxer barriers to entry. We will eventually do so out of necessity, due to being unable to attract and keep top teaching talent, but it could actually work to our advantage.

More and more students are getting a jumpstart on college credits, earning hours toward completion of their general education requirements before they’ve even graduated from high school. This is a good thing because it accelerates the amount of knowledge they have and the decision of whether college is the right path for them. You’ll eventually see most jurisdictions require a set amount of college credits before allowing a student to graduate from high school as part of the Honors program.

We recently wrote at length about Tennessee’s decision to promote a policy that would provide free tuition to all students without a scholarship. The whole country will be watching to see how this turns out as efforts increase to provide relief for students who can’t afford education after high school. While college students continue to earn more throughout their lifetimes than high school graduates, certificate training is catching up on salary and in most cases, clocks in at a fraction of the cost of a college degree. Lawmakers and the schools themselves will need to do more to justify their cost, especially as students notice diminishing returns on what they earn. Paying for the first two years of a student’s college education could be a good way of doing that, but for now, it’s too early to tell.

School has changed so much over the last 15 years, and all indications are that the future of education will look significantly different in another 15. But while some change can be bad, all is necessary because it brings us closer to a more efficient way of educating the leaders of tomorrow. America has some ground to make up. How we respond will make all the difference.