The Law School Admissions Test (LSAT) is a standardized test designed on the basis of justifying conclusions and countering arguments. While most of the test is administered in a straight-forward multiple choice structure, the test itself is quite challenging when you get down into the weeds on each question. 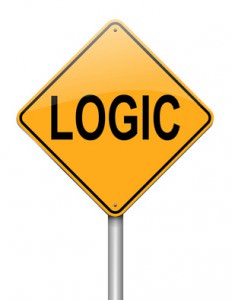 During the three-hour exam, you will be asked a variety of questions that focus on logic and analysis. Your reading skills must be effective, but more than that you will need to know how to justify arguments – regardless of whether you agree with them – in order to perform your best. Nowhere is this more apparent than on the logical reasoning portion. Here are some questions to ask to help you go beyond the answer itself. If you can do that, then there is nothing the test will throw out that you can’t handle.

1. Are there any misrepresentations of an argument?

Part of the challenge of the logical reasoning section is in the wording of each answer option. Most of the time, the test-taker gets five options and must select from a field of responses that each contain some kernel of truth. For instance, if the relationship between A and B is SOMETIMES true, you might be misled by an answer that states the relationship is ALWAYS true. Misrepresentations of an argument are often difficult to determine when exceptions are involved. Be mindful of answer possibilities that use this approach.

2. Is every part of the argument represented?

Sometimes wrong answers aren’t wrong at all. They simply don’t state all of the facts. Remember when you were younger and you went somewhere you weren’t supposed to go, so to cover up you called your parents and inferred you were somewhere else without directly stating it – like somewhere that you’d visited on the way to that crazy party?

We’re betting that if you got caught, Mom and Dad didn’t commend you for telling part of the truth and avoiding the lie. They more than likely looked at the whole attempt as invalid and cut you off from all social activities. While the logical reasoning section of the LSAT cannot physically ground you, it can negatively affect your score and, thus, your chances of getting in to a good law school. Better look for responses that deal with every part of the argument presented and are truthful about each one. And that brings us to the final question:

3. Does the response coincide with each portion of the argument?

If you’re in a court of law and simply express the facts that make your client look innocent without addressing the fingerprints on the gun and the powder burns on his fingernails, you probably won’t do a very effective job at getting a “not guilty” verdict. (Then again, there’s O.J., so who knows?) But in all seriousness, the LSAT is looking for answers that coincide with each beat of the argument. This means it’s your job to have objectivity and attention to detail – two attributes that permeate throughout the exam, but especially on the logical reasoning portion.

The analytical reasoning (popularly known as the “Logic Games”) portion of the Law School Admission Test (LSAT) exam is one of the more challenging obstacles on the road to your perfect 180 score. How you do on this section goes a long way in determining whether you are “lawyer material” to the more than 180 law schools throughout the country. But it doesn’t have to be as hard as it seems if you employ these basic tips for success.

Arguments will be presented to you in words but don’t be afraid to get visual. To understand how this can help you, let’s look at the type of basic test question you will see.

A small business owner creates a set of six-digit product codes. Each code uses 0, 1, 3, 5, 7 and 9. These six numbers appear one time in each of the codes. The third digit has a value at least twice that of the first digit. The value of the second is less than the value of the fourth. The final digit is one-third of the fourth. If the final digit is 3, then the following must be true. 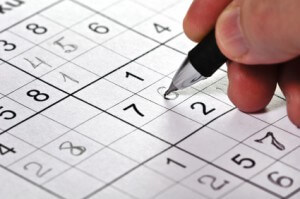 In this case, it is wise to start by creating a code that would fit within the guidelines. You might have to move numbers around to make it work, but if you have scrap paper handy, that shouldn’t be a problem. After trial and error, I came up with 175903 before ever looking at the options. As I read through those, it became clear that C is the correct answer. But I didn’t get there before starting out with 013579. From there, I read one clue at a time and rearranged as necessary until whammo, it became clear as day. Without the visual mapping process, however, this question would have been very frustrating to complete.

Going back over the details is important. You usually can’t get the right answer by simply reading the question through once and selecting a letter. We recommend skimming the question once to get an overview of what it’s asking. Next, read clue-by-clue and create a visual model on scratch paper (see No. 1).

3. Put the clock on the back-burner.

You are working under a time limit, but don’t let it dictate your performance until absolutely necessary. Stay calm. Take steady, measured breaths. Answer as many questions as you can using your knowledge and confidence. Don’t guess until time becomes a critical factor. Force yourself to be aware of time but let analytical reasoning be the primary driver.

4. Always be mindful of what is being asked.

This comes with skimming, reading and re-reading the question. Learn to take an overview and hone in on specific details and learn to do it quickly. And most important of all, don’t get ahead of yourself and assume you know what the question is asking before actually confirming it through your ability to read, discern and deduce.