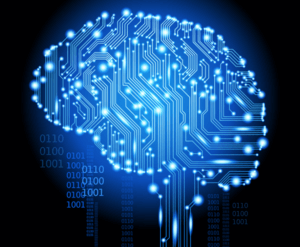 President Obama has just unfurled a new $4 billion proposal to make sure that every student is given a foundation for computer science education in their studies. While the plan is an ambitious one with a good cause — he’s right that computer science will be a necessity in the job world of tomorrow — it could be doomed for failure.

For starters, Republicans are not going to be eager to endorse anything this big from Obama during an election year when they have the goal of wresting the White House from 8 years of Democratic control.

But that aside, there are significant reasons why the plan may not work or be what’s best for the American education system at this point.

For starters, who will teach the programs?

The American education system — often to its detriment — puts a lot of value on tests and degree programs. But computer science expertise is more skill-based than knowledge-based. As such, many of the best and brightest are likely to be working in the field right now without any accredited degree from a public or private university or college.

To really get the best instruction, schools will have to go after the best talent, and once they find them, there is no real guarantee that the computer science expert will be good at teaching the information to other students.

There is a long history of experts being lousy teachers and vice versa (good teachers being poor at content knowledge).

Additionally, why would a computer science professional want to give up a lucrative career in their field of choice to teach their skill at the elementary, middle, junior, and high school levels for comparatively poor pay and the added burdens of paperwork, parent meetings, and student discipline?

Secondly, computer science is a field that moves much more quickly than education.

History, math, and English, do not change that often. Yes, there is a dynamic there that educators have to stay on top of, but simply look at how quickly technology has advanced since the Internet became a part of public life in the 1995-97 window.

Today, small phones have more computing power than the most advanced computers of the time. Technological achievement is expanding at near-lightspeed, far too quickly for a textbook to be written on the topic and stay relevant or for a set of bureaucratic educational standards to reflect the needs of the changing job market.

Technologies become outdated as quickly, making it difficult to give students what they need when they need it.

Thirdly, a computer science curriculum lends itself to abuse and overreach.

The term “Crony capitalism” is one that has risen to prominence in recent years. You may have heard Republican presidential candidate Carly Fiorina discuss it often. What does it mean? It is an economy in which success in business “depends on close relationships between business people and government officials,” according to Wikipedia.

With a $4 billion computer science push in education, there is a lot of money to be made for one lucky firm. Would it be Microsoft, Google, Apple? Who would emerge, and how do you keep things fair?

Furthermore, what protections would there be for student data if these for-profit companies got involved, and how could you have a program that could be taken seriously WITHOUT their involvement?

Naturally, there is great concern about the answers to these questions from privacy hounds.

The concerns mentioned above are legitimate ones that will need to be adequately addressed somewhere in that $4 billion worth of Obama’s proposal. However, the simple fact that it’s out there to be debated and discussed is a good thing. Why?

Because students today need the Internet and computer science as badly as they do water or air. It would be difficult in the world that we are building to have any kind of career without those firm foundations in place.

Awareness, essentially, is the biggest obstacle that better computer science education faces. The more that parents realize how important this is, the more they can step in and take control of their child’s education, enrolling their children in starter classes while still at the grade school level.

If the education system can start working with many of the already-superior online class offerings from places like Khan Academy, then it will be possible to get lower-income families the resources and training they need but can’t afford.

With more Americans starting young and developing their skills throughout their educational careers, it will certainly make the country more competitive as the global economy advances.

But at the core of all this, there will need to be a greater emphasis on personal responsibility. Not everyone is born with a computer-oriented mind, and those who aren’t will need to recognize their limitations and develop a plan to work through them. It is not a skill that can be force-fed without some degree of commitment on behalf of the learner.

This will also require that parents, who may be “too far gone” on their computer science education step up and take an authoritative role in making sure their child is getting the appropriate training. With that disconnect, conflicts may arise.

Up to this point, parental involvement in the educational process of a child has been quite poor as more responsibilities have been left to the teachers by politicians and the parents themselves. For computer science as an essential part of the classroom to work, that will need to stop for the simple fact that the types of people who would be effective at teaching top skills usually don’t have the patience or the bandwidth to play parent to someone else’s child.

It would essentially be put-up or shut-up time for the American parent, and traditionally, politicians on both sides of the aisle have been leery when it comes to forcing that issue.

What do you think of the President’s proposal? (You can read more about it here.)

Is it a good idea or still too underdeveloped? Sound off in the comments section.