Social Media Extinction: 7 Reasons It’s Not Only Possible, But Likely 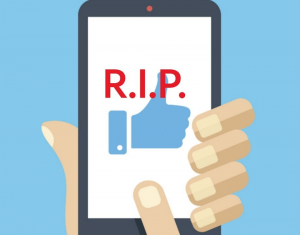 Social media is an everyday part of life for millions of people across the world, young and old alike. But considering it has barely existed for over a decade, it’s a little early to be calling it a staple of modern life.

That may seem hard to believe, particularly if you are a student who does a lot of your social interaction on Facebook or SnapChat, but it’s true.

For example, if you had told my parents and grandparents that in 20 years they would no longer be getting their news from a physical newspaper every day, they would have rolled their eyes the way you probably did when you read this article’s headline.

However, most people now read the news online or dip their toes into one of the 24-hour-a-day news channels. Social media is going the same direction. Here are 7 reasons that the platform as it currently exists will be all but extinct in the next decade or so.

Social Media Extinction Cause No. 1: Too many voices, too little value.

The initial draw of social media was that it would provide anyone a platform to share with the world. MySpace was the first to make it a serious thing, but Facebook quickly wrestled away market share. Soon, you saw Mark Zuckerberg’s dorm room experiment boasting that it had 500 million users; then 1 billion; now it’s something like 1.5 billion.

But along the way, we’ve realized something about these ease-of-publishing platforms. Most people don’t have anything of value to add to the world.

Just look through any asinine, misspelled, emoji-fied post on Twitter spouting politically extreme views on both sides of the aisle in the aftermath of a tragedy. Four words: diarrhea of the mouth.

And per the normal cycle, you log on to see what other people are saying. You hear a lot of the same ill-informed garbage. Soon you’re just endlessly scrolling and not even stopping to take in the words or the vapid meaning behind them. If you’re like me, you end up muttering a curse word at yourself for wasting time, then close out the window.

Cause No. 2: Short attention spans.

Did you know that you have a shorter attention span than a goldfish? Didn’t used to be that way, but a study reported by Time in 2015 revealed the embarrassing truth: “The average attention span for the notoriously ill-focused goldfish is nine seconds, but according to a new study from Microsoft Corp., people now generally lose concentration after eight seconds, highlighting the affects of an increasingly digitalized lifestyle on the brain,” wrote reporter Kevin McSpadden.

He continued: “Researchers in Canada surveyed 2,000 participants and studied the brain activity of 112 others using electroencephalograms (EEGs). Microsoft found that since the year 2000 (or about when the mobile revolution began) the average attention span dropped from 12 seconds to eight seconds.”

Again, that study was two years ago.

Given the ultra-short lifespan of most scandals and tragedies in the news cycle these days, we would venture things have only gotten worse.

When a video can break less than a month before the election of our current President saying women let him “grab them by the p***y” because he was rich, you’ve got a problem.

On the other side, when one candidate can use her money and power to unfairly undermine the will of voters as HRC did with her primary opponent and still win the support of more than 60 million people while securing the popular vote … another problem.

And just how many mass shootings that have happened in the last six years now never get mentioned or never play a significant role in the daily national conversation?

The #FakeNews thing was originally created by the opponents of the President to characterize the wave of misinformation perpetuated on social media in his favor. However, he rather brilliantly claimed the branding for his own and slapped it on every negative news story he could find post-election.

The media did not help things by giving him plenty of ammunition — enough to host a “Fake News Awards” in which he listed 11 legitimate instances of cases where the mainstream national media had gotten it (badly) wrong in relation to his administration during his first year in office.

Social media pours gasoline on the #FakeNews Fire, and more people, getting wise to it, are distrusting what they see (or at least questioning it) more and more. That’s not a good reputation for something that’s only been around for 10 years to have.

It is called social media, but the only thing social about it any more seems to be how vehemently we can argue, call other people names, or sit by and watch the back-and-forth in some form of digital beating one’s head against the wall.

Americans are more deeply divided than at any point in American history with the exception of the Civil War, and social media serves as a continual source for that division. It’s only a matter of time before we as a society start assessing the results of blindly hating people we’ve never met without budging them one iota on their viewpoint.

As more people realize the lack of progress they’re making, they will start to tune out social media altogether and find better uses of their time.

No. 5: More effective means of communication.

When people start to make room for other methods of communication, social media as we know it today will become watered-down and forgotten about. Already seeing this on a personal level.

I once had 960 friends on Facebook before disconnecting my account three years ago. I did not routinely speak to even 5 percent of those people.

Most connections were acquired because I thought there might be work potential. Then I realized people don’t really use Facebook for work as much as they do LinkedIn. So I migrated over there, and I have about 250 connections.

I don’t talk to them all every day by any stretch of the imagination, but I at least know who they are and how we might be able to help each other one day.

Plus, the LinkedIn community keeps things apolitical and professional for the most part. If there are any overt examples, they’re usually shouted down and chastised until they go away.

Aside from LinkedIn, group texting and individual SMS has made it easier to check in with someone you ACTUALLY care about and get a convenient response. Currently, I’ve got two group texts going — extended family (i.e., cousins, in-laws, aunts, and uncles) and a three-way conversation between myself and my siblings.

My parents share an account, so that’s just a two-way texting thing though both can see it. Last but not least, there’s a one-on-one with my wife.

It’s much easier to grab those conversations and add to them as needed without having to log onto a website.

This is where you as a graduate or young professional really need to be mindful of social media. They are benefitting the most from your data, and they won’t hesitate to sell access to that data without cutting you in on any of it.

You need to learn early what Internet marketers and successful companies had to figure out the hard way. Data is value, and if you’re putting most of it on an outside platform instead of one that you control and operate, then you’re helping to make social media rich while getting nothing in return.

Beyond that, companies like Facebook and Twitter are big targets to hackers, and the fact that they have your data makes you more vulnerable than if you simply managed everything yourself on a secure server.

And the Final Reason Social Media Is Heading for a Breakdown: Humans will reject superficiality.

It may not happen today or even five years from now, but the trend line is already there. People are tired of wasting their lives, and more and more they feel like that’s all they’re doing when they log on to use social media.

As the curtains continue to be pulled back on this platform, its power and influence of daily life will further fade, and that’s a good thing. It’s a good thing because it will show that more of you value real connection with others.

And as long as you keep connecting, you will keep having conversations. More conversations mean seeing others as people instead of enemies or adversaries. When we can finally reject the superficiality of social media altogether, we’ll be well on our way to a brighter future.

From the student perspective, what’s your take on the future of social media? Do you think it is heading for extinction, or will it likely morph into something more valuable to our society? Will there be a reformation in other words, or just a watering down? We want to know what you think. Please share your thoughts, opinions, comments, and questions with us below, and do try to disconnect and do a little more digital detoxing from time to time. You’ll be glad you did.