Testing Deadlines: How To Manage Your Time In The Buildup 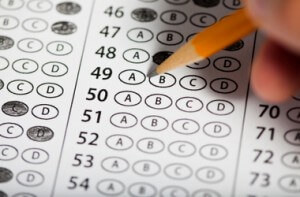 As a student with an academic or professional exam coming up on the horizon, you know a thing or two about testing deadlines. They come fast, furious, and frequently, and no matter how hard you feel you’re trying, it’s unclear whether you’re ever prepared until the moment of truth. There is a tremendous amount of stress that goes along with a few short hours of your life, and it’s worth all the prep time that you can put in to it. But how much is enough? And is there such thing as studying too much? To help you get comfortable with answering questions like these, we’ve put together a few tips for how to manage your time in the buildup to your testing deadlines. Here are a few to keep in mind.

Firstly, get familiar with the right dates.

Ask yourself a series of questions to start: when do I plan on taking the test next? How many times do I want to take it? How many of those times can I take it this year? Get familiar with all of the testing dates that are applicable to you. If you’re taking a test like the ACT and have the funds to take it more than once in a year, learn all of those dates inside and out. Why is that important? For starters, it will allow you to know upfront how much time you have to prepare for the test as a whole before showtime. But more importantly, it will give you a long-term view of the areas with which you’re having trouble.

Example: when I was in high school, I had the English stuff down-pat, scoring a 36 out of 36. Science Reasoning, on the other hand, was a challenge — a fact I became painfully aware of when I got my scores back and saw the 15 glowering at me from the testing report. By deciding to take the test multiple times in a year, I was able to come up with short-term testing goals, which did include a heavier emphasis on Science Reasoning, and long-term testing goals, which were exclusively devoted to Science Reasoning. This way I managed to give Math and Reading appropriate attention in the buildup to the next test while shifting focus for my long-term goals in order to delve more deeply into the topic that was really giving me trouble. Eventually, I got that thing into the low 20s, but I never would have without devoting the appropriate amount of time and attention to it in both short- and long-term time periods.

Continuing the ACT example, if you have 30 days until the next in your series of testing deadlines and you have to study four topics, you may want to devote three days of the week to Math and Science Reasoning, three to English and Reading, and one to taking practice exams. Follow that pattern over four weeks and then spend the last two days in the buildup taking more practice exams. As long as you’re making the most of your study time, this is a good start for short-term testing improvements. However, you’ll also want to analyze the data of your own knowledge, which is especially handy when the next test date isn’t your first time to take it.

Example: I scored a 36 on the English exam and felt really comfortable in doing so. Providing equal time to the study of English moving forward would have been a waste of time. It wasn’t that I was a master at the English language; just that I had perfected how the ACT wanted me to use it. So if I was going to spend four hours studying for the day, it would have been wiser to spend about three hours on Reading and only one on English. I could have also foregone English altogether — provided I was comfortable with doing so — and used that time to devote to the other three sections. Or, I could have spent one hour on Reading, one on English, one on Science Reasoning and one on Math for three days out of the week, and then stuck purely to Math and Science Reasoning for the other three days. The point is, it’s more beneficial — once you develop that short-term plan — to allocate your time in a manner that allows for the learning of the most difficult (to you) subjects rather than providing equal time to each of the four.

The long-term plan is important because it allows you to acknowledge the difficulties in learning a subject in just 30 days or however long you have until testing. By acknowledging that you have a problem with a subject, you give yourself permission to hit the high notes in the short-term while planning out a longer strategy that delves more deeply into the material. For example, if you take the Science Reasoning exam and bomb it like I did, you might try to remember what some of the more difficult material was and focus on that for your long-term strategy while devoting the short-term to a general understanding of each part. If you have trouble remembering, sit down with a friend or acquaintance who did well on that part of the exam and ask them to break down for you what you need to know if you want to get most of the questions right. Then, use that discussion as a guide for focusing your study time.

As for finding time to handle both the long-term and short-term study strategies, you need to start with goals. If you scored a 15 on Science Reasoning, a realistic goal might be to score a 22 by the end of the year. Figure out how many questions you would have to get right to do that, and then start tackling the material that is most accessible to your brain. This could be the periodic table, the scientific method, or whatever else jumps out at you. Now ask the question: how much time do I need to master this area? Start where you are and project to the last testing date of the year. Count how many days you have between then and now. From there, schedule out days where you will study that section and that section only. You might choose to save this for the week or two immediately following the last of your testing deadlines. That way it doesn’t interfere as much with your short-term study strategy. Sure, you might take the test twice before the last testing date and only score a 17 or 18, but at least you’ll be improving!

While we’ve used the ACT as an extended example for this post, the advice really applies to any academic or professional test you can think of. By knowing your testing date, knowing the time you have to prepare, and thinking in both short- and long-term strategies, you’ll be well on your way to a better test score. Good luck!