Critical Thinking Or Memorization — Why Not Both? 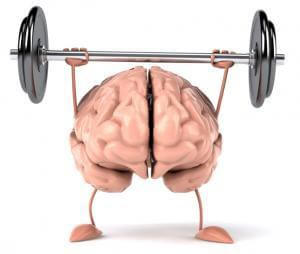 A recent article from Huffington Post entitled, “‘Most Likely to Succeed’: Schools Should Teach Kids to Think, Not Memorize,” has been kicking up some conversation, not because it has any particularly bad intent — the article is celebrating a new form of teaching that emphasizes critical thinking over knowledge dumps — but because of what some commenters have called its “false dichotomy.”

Witold Ferens, a science teacher at North Valley Academy, had this to say.

“It is a false dichotomy, whether kids should be taught ‘to think’ or ‘to memorize.’ They should do BOTH! In order to think a person needs to KNOW something to think about — and that is impossible without having a good supply of facts and concepts in memory. In math, actually, we HAVE to memorize multiplication tables — without that, it is very difficult to do any math; moreover, without well-ingrained multiplication kids cannot do well in science, because they will lack an intuitive ‘feel’ for the quantitative relationships. Science is about the numbers and quantities and how they relate — and without a good number sense a person will be in a situation of a color-blind individual trying to describe a painting.”

A third commenter, Jason Rodgers, added his thoughts to the conversation: “You teach them content when they are concrete thinkers and then teach them to think about content as they get older and become abstract thinkers. The one thing everyone overlooks is that the onset of corporate education is what has turned schools into factories. Throw that in with an ever increasing lack of parental involvement and it put schools in a no win situation. As for Latin and Greek foundations, just remember that you didn’t see Socrates teaching 8 year olds, he had dialogue’s with young adults … those who had already had their head filled with ‘useless’ data so he could have thoughtful dialogue with them.”

Last one from Carl Pollock of Long Beach, New York: “Our schools are not failing our children, parents are failing their children. I’m a former teacher and articles like this are nonsense. It doesn’t matter what curriculum is used. The plain and simple fact is that if you want your children to receive a good education, you as a parent must be actively involved in their education. Those in the field of education from 1900 to the early 1980’s were able to say this to the parents of their students, but somewhere along the way, in the mid to late 1980’s, essentially telling a parent they needed to be more involved in their kid’s education began to become a no-no as more and more parents began to shrug off their responsibility as parents in helping schools educate children. ‘Hey, teacher, I pay your salary so don’t you tell me how to parent! You just shut up, do your job and teach my kid!!!’ Welcome to the new America. Every once in a while some silly story like this one comes out touting success with some new curriculum that usually isn’t really new at all, and nowhere do they ever tell you that the parental involvement in these ‘special’ schools is off the charts because parents sought these schools out for their children to begin with because they’re involved in their kids’ education! This school featured here uses a ‘mufti-disciplinary’ curriculum. Bully for them. In the early 1980’s this was called Inter Disciplinary Units and it failed miserably anywhere parental involvement in education is lacking, just like every other curriculum. You want to fix the school system in America? Make parents who aren’t actively involved in their children’s education pay higher taxes than those who are … watch how quickly education improves in this country.”

What do you think, readers? Is it the chicken or the egg? Does learning how to think have to start with knowledge? And are parents really to blame for the failures of our education system? Sound off in the comments section!