Tim Ferriss and the 4-Hour Workweek for Students? 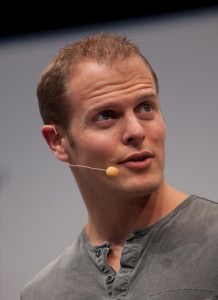 Since its initial publication in 2009, Tim Ferriss’s 4-Hour Workweek has been as controversial as it has been helpful. Ferriss trivialized what it took to build a profitable business and propagated a mindset of entitlement where you didn’t have to work hard to find success, many of his critics believed. The other half praised the book for helping entrepreneurs find more efficient ways of working so they could channel passions and expertise where those qualities did the most good. Here at 4Tests, I’m inclined to agree with the latter mindset. But even if that is the case, what good does this book do for the student, who is planning out his future? A lot actually. Let’s look at some of the ways, shall we?

1. The 4-Hour Workweek teaches you to experiment.

Experimentation is one of the most important takeaways of the 4-Hour Workweek. In fact, it’s the mental exploration that has gotten Ferriss world renowned as a “human guinea pig” and the star of his own show on iTunes. It also led him to write the equally well-received 4-Hour Body. Ferriss has lived his life with an affinity for pushing his body and mind to new limits. He is admittedly an “ordinary guy” on the surface, but by trying different things, he’s gotten quite adept at a lot. As a student, there is a lesson in this to push yourself beyond your comfort zone. You want to take Russian? Do it. Want to sign up for college classes before you’re out of high school? What’s stopping you! It’s impossible to grow beyond your natural limits if you don’t know what those limits are, and to date, the 4-Hour Workweek is one of the best books out there for encouraging this type of growth.

2. The 4-Hour Workweek teaches you not to sweat the small stuff.

One of the key takeaways from the Ferriss book that has followed me into every facet of my business life is this one: only check your email one time a day, and don’t even think about doing it before lunch. Since most of us start our productivity in the mornings, it’s important to have a healthy dose of energy stored up and ready to go. Email can drain that and keep you from getting to the things that really matter until it’s 10:30 or 11am. By then, your energy levels are either somewhat or significantly depleted. Not good! But what does this have to do with the student, who is studying for a big test? Well, it’s not about email. Forget I even said that word for a moment. Instead focus on the things in your life that are time-sucks, and relegate them to a less important role. The world isn’t going to end if you fail to do certain insignificant tasks until later in your day (whenever that day begins). To know what the “small stuff” is, however, it’s imperative that you know what the top priorities are first.

3. The 4-Hour Workweek teaches you not to do everything yourself.

Waitaminute, you may be thinking. It’s my grade or test score on the line. I’m the only one who will succeed or fail. It’s solely my responsibility. What do you mean, “don’t do it myself”? What I mean, and what the 4-Hour Workweek does a good job of showing you, is that you cannot get to the ideal place if you’re wearing too many hats and allowing your true talents to go slighted. You have to learn to delegate. But how do you do that when it comes to studying? Lots of ways. For starters, you could put away the non-study-related things that don’t help you to accomplish your goals. You could barter with a friend or family member to take care of those things for you. Or, on the study-related side, you could seek the help of a teacher, a tutor, or a study group, to help you through the areas of your study plan that aren’t making sense to you. If you try to take everything on yourself and “find balance,” you’ll likely end up doing a half-butt job at everything instead of a great job on the core responsibilities.

4. The 4-Hour Workweek teaches you to find maximum efficiency in the least amount of time.

Another huge takeaway from the 4-Hour Workweek is the reality that the time it takes you to complete a task will grow to fit the time you allow for it. In other words, human psychology tends to stretch out the length of time it takes to perform certain tasks to the amount of time available. This is a highly inefficient way to work, yet it dominates student thinking. How many times have you had to study for a big exam, and stayed up the night before cramming as much knowledge into your head as possible in spite of the fact that you had two or three months to prepare? In the retelling of that story to friends and family — usually as an excuse — you “don’t know why” you did so poorly. After all, you studied for three months! Never mind the fact that during that three-month period, your actual study time only added up to the two hour cram session on test day eve. When you train your mind to limit the amount of time it takes, you become more focused and more likely to get a lot done. You’ll retain much more if you study in four 20-minute sessions broken up by short breaks than you would if you sat down for three hours of uninterrupted study time.   Just try it.

5. The 4-Hour Workweek teaches you to become a lifelong learner.

Tim Ferriss made his millions a long time ago, but as evidenced in his iTunes series, he’s not done learning. It’s that attitude that has propelled him to the levels of success and fame that he now enjoys. (His podcast is consistently one of the highest rated out there.) Likewise, following the lead he provides in the 4-Hour Workweek and his subsequent materials, you will develop the same insatiable urge to learn more, do more, and succeed more.

While you’re not going to ace that big professional exam with four simple hours of study time, you can employ many of the suggestions in Ferriss’s book to become a better student. But before you do that, you need to figure out where your stress points are and how you can eliminate them or more efficiently work around them.