The Worst Colleges And Universities: How To Spot Them 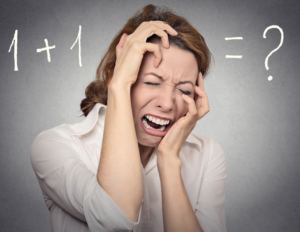 It is hard to set an objective standard for the worst colleges and universities in America because so much about the metrics are subjective, and a lot of it boils down to what the individual student is looking for in an institution of higher learning.

Just an example or two of what we’re talking about follow.

Starting with The Daily Caller, which in 2015 published its list of the 32 worst colleges “PERIOD … When You Consider Absolutely Everything That Matters.” TDC acknowledges in their piece that the schools “certainly aren’t the lousiest schools from a purely academic standpoint.”

“You are highly likely to find lesser-caliber coursework at the community college in your town, for example, or at obscure public universities with two or more cardinal directions in their names,” the site continues.

So what metrics does it use?

“…there is an overall academic rating, a professor-quality rating and a rating for the school’s ability to graduate freshmen in four years … There’s also an admission rating. The harder the school is to get into, the higher this rating is. … there is a social life rating, a student-attractiveness rating, and … separate ratings for the campus and for the surrounding area. An idyllic, perfectly collegiate campus can be in the middle of nowhere. A dump of a campus can be located in a great place. [There is also a rating for] cost of tuition and fees [and] return on investment.”

Now shift gears to the Foundation for Individual Rights in Education (FIRE), which publishes its annual list of the worst colleges and universities targeting the sole metric of how open they are towards freedom of speech.

Since 2011, FIRE has been singling out the worst colleges and universities for violating student rights to free speech. On their list, you are liable, as with TDC’s, to find institutions of higher learning that are otherwise high-performers. Case in point, Georgetown University.

This is what FIRE had to say about GU, taken from the 2017 report.

“Making its second appearance in as many years on FIRE’s ‘worst’ list is Georgetown University. As the presidential primary season got underway, Georgetown University Law Center informed a group of Bernie Sanders supporters that campus was no place for talking to fellow students about their chosen candidate. The students were informed that, because Georgetown is a tax-exempt institution, the law school could not allow any campaigning or partisan political speech on campus.

“FIRE wrote to Georgetown Law last February, asking it to revisit its policy on student political speech. Every campaign season, we see examples of both public and private colleges erroneously suppressing student political speech because they believe it will jeopardize their federal tax-exempt status. Indeed, Georgetown Law student and Bernie supporter Alexander Atkins and a FIRE staffer were invited to speak on the issue at a hearing before the House Ways and Means Subcommittee on Oversight. Georgetown sent a letter to the Subcommittee pledging to revisit the law school’s policy.

“In March, Georgetown Law released a revised policy but failed to answer many questions about permissible partisan student speech on campus. In fact, the group of Bernie supporters continued to face resistance and confusion from the law school for the entire election season.

“This is not the first time that Georgetown played politics with speech on campus. The university has for years repeatedly violated its own policies on free speech and expression to the detriment of the student organization H*yas for Choice, the most recent example occurring in September.”

Keeping that in mind, U.S. News and World Report recently held that Georgetown was one of the top 20 schools in the country — it tied with Emory University and the University of California-Berkeley (another huge free speech offender).

Georgetown was ranked so highly based on how it performed using key indicators as given below — from the U.S. News article, “How U.S. News Calculated the 2017 Best Colleges Rankings”:

Graduation and retention rates (22.5 percent): The higher the proportion of first-year students who return to campus for sophomore year and eventually graduate, the better a school is apt to be at offering the classes and services that students need to succeed. …

Undergraduate academic reputation (22.5 percent): The U.S. News ranking formula gives weight to the opinions of those in a position to judge a school’s undergraduate academic excellence. The academic peer assessment survey allows top academics – presidents, provosts and deans of admissions – to account for intangibles at peer institutions, such as faculty dedication to teaching. …

So how do you spot the worst colleges and universities? It’s really quite simple.

1. Determine what matters to you.

If you are struggling to determine what it is that is important to you, then you probably shouldn’t enroll anywhere. First things first, decide what field of expertise you would like to go in to. Is it a skills-related profession or one that requires ample time in academia?

The student loan problem is now so severe that you really have no excuse for jumping in feet-first with zero idea of what you want to do. The whole excuse that society keeps telling you you have to go to college to make anything of yourself? You can’t use that any more and expect to find sympathetic ears.

Because there has been enough media and enough access to information made publicly available that the myth of going straight from college to a high-paying career is no more. We’re all out here shouting it from the mountaintop. You’re not going to be guaranteed a job after college. Period. There are professions — such as becoming a doctor — that give you a leg up on employment, but those come with their own sets of caveats.

On the flip side, if you do complete your schooling and you’re good to go on a career practicing medicine, you will earn six figures or more. But you have to be prepared for the possibility that the salary you’re hoping for will take years to achieve.

The lesson in all this: you have to have a vision before you can hope to achieve anything substantial through college or university.

2. Don’t make unrealistic demands of a college or university.

Put in simple terms, a college or university may be unsatisfactory to many, but as it relates to what you need it for, it could be perfect. Example: Arkansas Tech University. As far as publicly funded institutions go, it’s a pretty average school, and that’s coming from someone, who graduated there.

Of course every school’s marketing department will insist it’s the very best. That’s their job. But you’re not going to see ATU turn up in U.S. News and World Report’s top 20 any time soon. Just a cold hard fact.

That said, ATU has a nationally renowned hospitality program that can get you places if you want a corporate career in hotel and resort management. There are few in the nation better at this highly specialized career sector, and, yes, it can be very lucrative.

But if you’re a generalist with no idea what you want to do the rest of your life, there is a temptation to dismiss ATU without giving it a second thought. Now do you see why point No. 1 is so important? To sum up, get to know yourself. Get to know how a college or university performs in relation to that specific want or need. Then, move on to No. 3…

Here’s the thing about picking out colleges or universities. You have options. More than 90 percent of the time, there isn’t just one school in the nation that will offer a viable path to allowing you to do what you want to do.

Of those different avenues and pathways, some are more affordable than others. Only go after the big-ticket institutions when it is absolutely necessary.

Another example: my roommate was a mechanical engineering major. Texas A&M University has one of the best programs in the country for that particular field of study. Did he aspire to go straight to A&M?

No. He went to ATU first because he knew that his educational pathway would require a master’s degree at minimum. “Tech,” as many of us more often refer to it, offered a super-cheap avenue for getting his associate’s and bachelor’s work done.

He excelled through those first four years of college and then approached A&M when he had the track record. At that point, he was able to easily get in without any debt. (Scholarships paid for most of the undergraduate work.)

By the time he graduated from A&M with a doctorate, he owed a fraction of what he would have owed had he just gone there from the outset.

How does this tie into staying away from the worst colleges and universities? Again, options! Don’t aspire instantly to the best until you absolutely need it. Don’t discount seemingly “lesser” schools if they can help you get to the same goal without forcing you into mountains of debt.

Yes, naming the worst colleges and universities can be about as subjective as the best. And while some schools truly do this thing called education better than others from a bird’s eye view, the value that you get out of most will be contingent on you.

How well do you know yourself? How much research have you done to build a list of viable schools? How many of those schools have you drilled deep on to see how well they suit your needs?

These are questions you need to answer before randomly adding to or crossing off school names. Keep that in mind as you progress in your educational career, and good luck!

Now, what are some of the components that you look for in a great school, and what is likely to turn you off of it more than anything else? Sound off in the comments section below.