Effectuation Theory: How To Use It For Studying 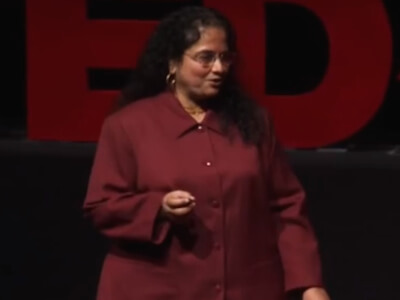 The theory of effectuation was developed by Saras Sarasvathy, professor at the University of Virginia’s Darden School of Business, who traveled the country to interview 30 different entrepreneurs (and founders of successful companies. By “successful companies,” Sarasvathy defined them as being worth hundreds of millions of dollars. More from the Cal Newport blog:

Instead of simply asking them their approach to business, she had each solve a 17-page problem set containing 10 decision problems relevant to introducing a new product. She asked that they talk out loud about their thinking, and then later scrutinized the transcripts of these sessions. The patterns she identified became effectuation theory.

In a nutshell, this theory notes that we’re used to thinking about problems (especially in the business world) using causal rationality. We identify a goal and then attempt to identify the optimal path to accomplishing this goal given our current resources. This process is top-down with the final goal occupying the apex position.

The entrepreneurs Sarasvathy interviewed did not rely on causal thinking. They instead relied on an alternative she called effectuative thinking.

Effectuative thinking, unlike causal thinking, is bottom-up. It doesn’t start with a final goal in mind. Instead, as Sarasvathy explains, “it begins with a given set of means and allows goals to emerge contingently over time.”

How do you put this theory of effectuation into layman’s terms, and how might you utilize it to become a better student? Sarasvathy identifies four core principles, which we’ll get to in a moment, but we think it starts with a willingness to move forward without a clear direction. Sometimes that’s scary, but it’s essential to adopting the advice that Sarasvathy wants you to adopt.

Start with what you already know how to do well.

Think of the test that you’re about to take. For an example, we’ll use the ACT test. On this test, there are four sections: math, reading, science reasoning, and English. Let’s say you love to read and write, but you’re not much on science and math. Well, congratulations, you’ve just accomplished the first step in effectuation. Let’s move on to the next:

Filter your efforts to avoid big downsides, not to select for big upsides.

What would a big downside of the ACT test be? It would be going in to your two weak sections without an inkling of an idea of what is on that section of the test, and without a clue as to how you can work out the correct answers. The big downside, in other words, isn’t missing three or four questions on English and reading. It’s getting zero answers correct on math and science reasoning. Therefore, the help you’re going to need — the areas where you will want to focus most of your study efforts — is on your weakest subjects.

Work with other people who bring new abilities to the table.

How are you supposed to get any better at science reasoning and math if you’re the only one you turn to while studying? Obviously, you can’t. You need help from the outside. This could mean watching helpful instructional videos on YouTube for the types of problems you’re having. It could mean seeing a teacher after class or hiring a tutor. It could just be getting with a friend outside of school — one who does grasp the concepts and is good at explaining it to you. However you plan to do it, don’t fly solo. Finally:

Take advantage of the unexpected.

On the surface, this one seems pretty hard to exemplify, but we’ll give it a try. By taking advantage of the unexpected, it could be anything. Grabbing some extra study time as it comes up; reviewing core principles of the next test section in your head if you finish one section of the exam early; asking a friend or relative you didn’t know was good at science and math to help you. Ultimately, this one can be a bit serendipitous but as long as you’re focused on the necessary task and you’re always relating it to the world around you, you will discover unexpected things that happen in life to better your chances.

Before we leave you, and because she explains it so much better, here’s what effectuation might look like through Sarasvathy’s own words:

“Plans are made and unmade and revised and recast through action and interaction with others on a daily basis…Through their actions, the effectual entrepreneurs’ set of means and consequently the set of possible effects change and get reconfigured. Eventually, certain of the emerging effects coalesce into clearly achievable and desirable goals — landmarks that point to a discernible path beginning to emerge in the wilderness.”

In other words, don’t be intimidated by not understanding everything from the very beginning. Get started. Take inventory of what you know and what you don’t. Focus on your weak areas. Seek outside help. And be attuned to the world around you.

For the whole 25-minute TED Talk, we would encourage you to click here.

Effectuation is just a theory, but it’s a well-researched one, and even if you don’t buy in to it lock, stock, and smoking barrel, you can at least take some of the positive ideas it introduces and find ways to incorporate them into your own studies. While this may seem difficult, especially if you’re starting from a point of limited knowledge where the things you don’t know vastly outweigh the things you do, it’s a helpful approach to studying for any exam.

Your success ultimately boils down to your abilities to be honest about who you are, your tenacity in tackling issues you don’t understand, and your time management skills in allowing for the proper amount of preparation. Keep these things in mind as you work through the new school year, and remember that it’s never too early to start studying for the SAT, the ACT, or any other standardized exam that awaits you in the next few months.